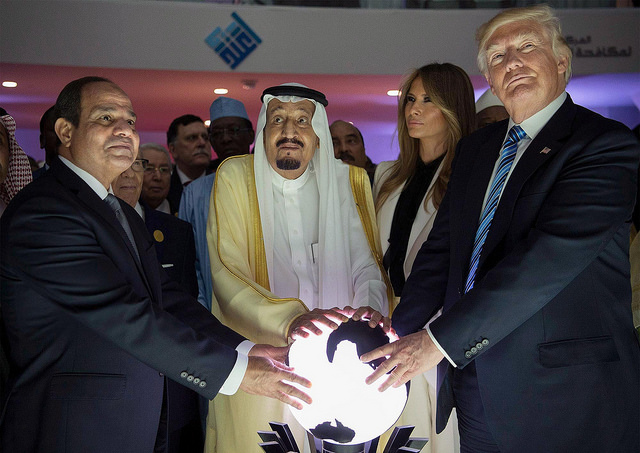 President Trump visits Saudi Arabia on May 21, 2017. It was his first foreign trip as president and the first time a US president visited Saudi Arabia as the first stop abroad. Rogelio A. Galaviz C.

It’s been nearly two months since journalist Jamal Khashoggi was murdered inside the Saudi Arabian consulate in Turkey. The CIA concluded that Saudi Crown Prince Mohammed Bin Salman ordered the killing, but President Trump has remained steadfast in his support of the U.S. – Saudi relationship. The whole incident has shined a bright light on the behavior of Saudi Arabia on the international stage – particularly in the ongoing brutal war in Yemen. It has also raised questions about President Trump’s financial ties to the Saudi kingdom. New York Times White House correspondent Mark Landler has been following the story closely. As he wrote recently, “For Mr. Trump, it is enough that Prince Mohammed denied any involvement in the killing in phone calls with him.”