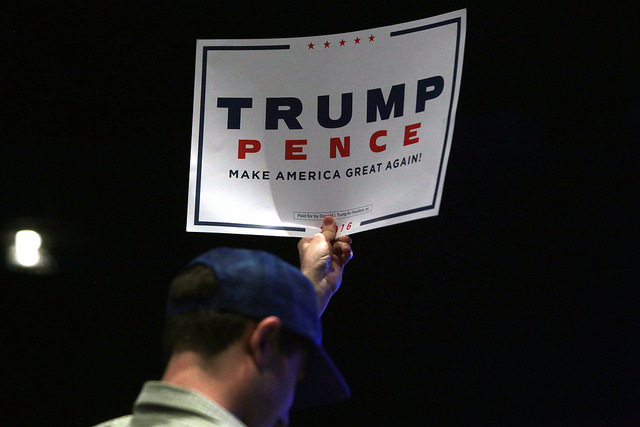 A man holds a sign supporting Donald Trump and Mike Pence at a 2016 campaign rally and church service at the Living Word Bible Church in Mesa, Arizona. Gage Skidmore

The government is shut down over President Trump’s demand for a wall at the border – and it appears there’s no compromise in sight. Why is the president holding government hostage over this issue? One answer lies with white evangelical Christian voters, some of President Trump’s most ardent supporters.

As Robert P. Jones, founder and chief executive officer of the Public Religion Research Institute, points out, evangelical support for a wall has actually increased since Trump campaigned on it in 2016.

Jones recently won the 2019 Grawemeyer Award in Religion for his 2016 book, “The End of White Christian America.”