The Case For Impeaching President Trump

The Case For Impeaching President Trump 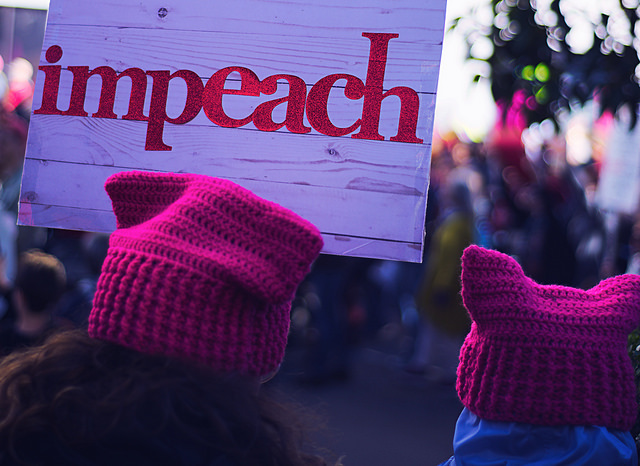 A sign from the 2017 Women's March in Oakland, CA. Calls for impeachment started as soon as President Trump took office. Max Price

The first calls to remove President Trump were heard even before he took office. After Trump fired former FBI Director James Comey, talk of impeachment became louder. But with a Republican-controlled Congress, that was all it was – talk. Now that Democrats have a majority in the House of Representatives, that could change. But should the House move to impeach?

The Atlantic’s Yoni Appelbaum says “yes.” He looks to history to make his argument that the impeachment process may be just what this country needs right now.