A Proposal For The Catholic Church: Let Women Become Priests

A Proposal For The Catholic Church: Let Women Become Priests 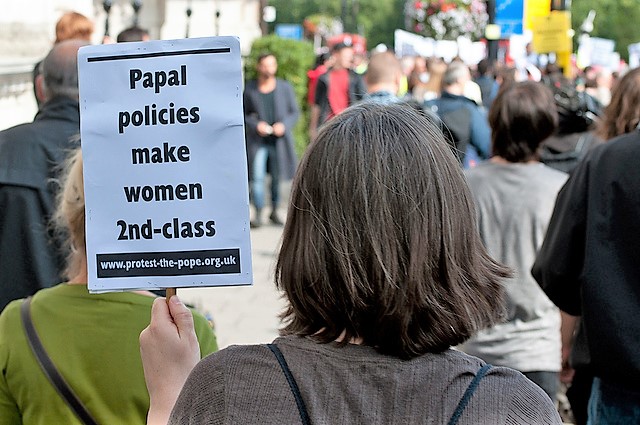 A woman holds a sign at a protest in London. Pug50

Last week the Vatican held an unprecedented meeting about clergy sex abuse within the Roman Catholic Church. The Pope offered tough talk, but few concrete steps about how the Church, as an institution, plans to address the issue.

Novelist Alice McDermott has a few recommendations. Though McDermott has shied away from being labeled a “Catholic writer,” Catholicism has always played a role in her work. At times the religion has acted as a backdrop as she explores the lives of her Irish-Catholic characters. Other times, the Catholic influence is more direct, as in her most recent book, “The Ninth Hour,” that tells the story of an order of nuns.

The ongoing revelations of sexual abuse, however, have now pushed McDermott to speak out. She helped found a group called The 5 Theses, which advocates for change in the Church. And in a recent New York Times op-ed, McDermott argued that allowing women into the priesthood would be a major step toward preventing future abuse. McDermott joined Diane to explain why.