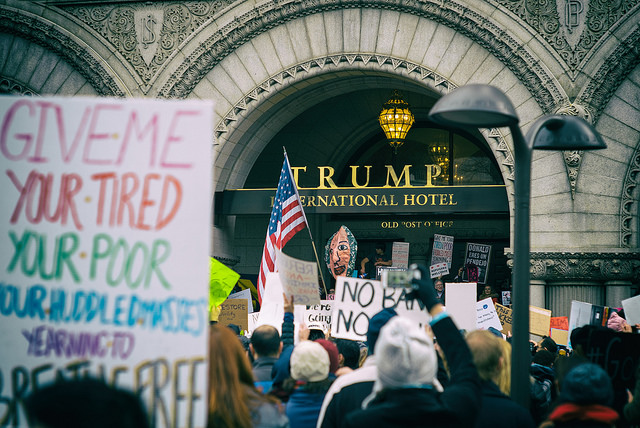 The Trump International Hotel in Washington, DC, has become a popular site of political protest and a symbol of the relationship between the president and the Trump Organization. In January 2017 people gathered to oppose the administration's policies on immigration. Mike Maguire

With Democrats in control of the House, predictions of further scrutiny into President Trump’s finances are becoming a reality. Several different House committees have opened up probes into various aspects of the President’s business dealings, from questions about how the Trump charity operates to the long simmering debate over releasing his tax returns. And then there’s state and federal level investigations. It’s a lot and it’s confusing, but the Washington Post’s David Fahrenthold has it covered.