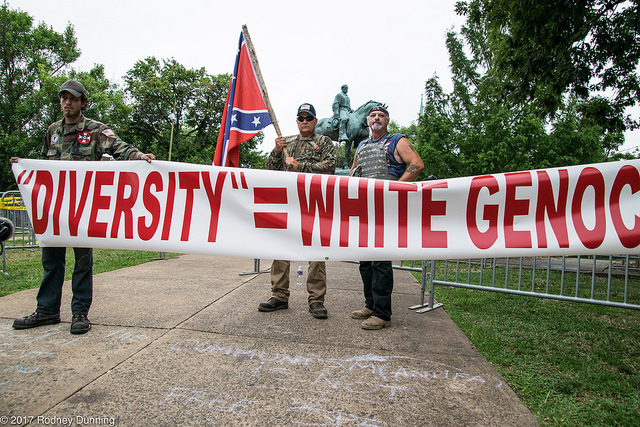 White nationalist protesters hold a banner at the "Unite the Right" rally in Charlottesville, VA on August 12, 2017. The author of a new piece in "The Atlantic" says these ideas have deep roots in America. Rodney Dunning

Most Americans are not familiar with the name Madison Grant. But in the early 20th century he was one of the most well-known members of an elite group of intellectuals and policy makers who promoted ideas of racial purity and white nationalism. He influenced restrictive immigration policy making in this country, and from his 1916 book “The Passing of the Great Race,” Grant’s views spread around the globe. In fact, Hitler considered the text as his “bible.”

So who is Madison Grant and why don’t we know about him today? And what can this history teach us about the resurgence in white nationalism? Adam Serwer’s recent profile of Madison Grant looks into these questions.