Why Britain Can’t Figure Out Brexit

Why Britain Can’t Figure Out Brexit 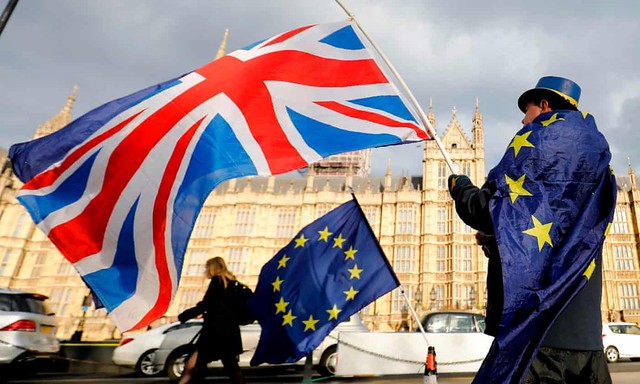 An opponent of Brexit stand in front of Parliament , protesting Britian's plans to leave the European Union. Tiocfaidh ár lá 1916

On April 12th, Britain is scheduled to leave the European Union. But right now, there is no plan in place for the departure. Parliament has rejected Prime Minister Theresa May’s proposal – three times. And attempts to address Brexit with other options have also been shot down by lawmakers.

How did Britain get to this place and why can’t the country can’t get out?