From The Archives: Documentary Filmmaker Ken Burns On “Baseball”

From The Archives: Documentary Filmmaker Ken Burns On “Baseball” 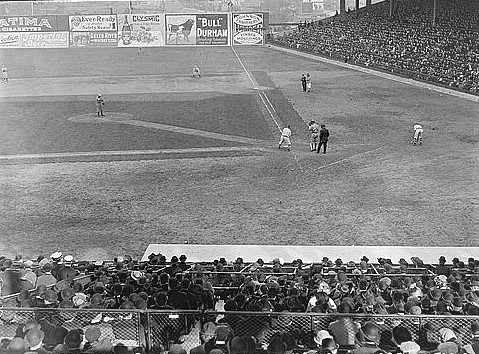 Ebbets Field opened on April 5, 1913 with an exhibition game. The Brooklyn Dodgers played there until the team moved to Los Angeles in 1957. Library of Congress

The Ken Burns documentary, “Baseball,” premiered 25 years ago, during the 1994 MLB players’ strike.

There were worries then about the league losing fan interest, becoming too concerned with money, not concerned enough with the magic of the game. They are complaints that may sound familiar today.

In his appearance on The Diane Rehm Show, Burns explained that he is a fan of the sport, but that the documentary was not only intended as a love letter. He said his main goal in tracing the history of the country’s national past time was to show how baseball “soaked up our American experience and reflects back to us who we are.”

The interview originally aired on September 13, 1994.