To Impeach Or Not To Impeach?

To Impeach Or Not To Impeach? 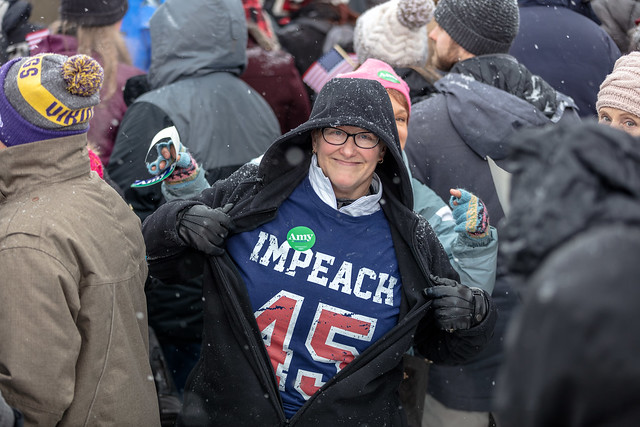 A woman wears a t-shirt showing her support for President Trump's impeachment at a rally for Democratic presidential candidate Amy Klobuchar. Lorie Shaull

House Speaker Nancy Pelosi says she has no plans to move forward with impeachment proceedings against President Trump.

But in the wake of the release of special counsel Robert Mueller’s full report, Pelosi’s position is far from consensus within her own party. Some Democrats are saying impeachment is the only way to hold the president accountable for what Mueller’s team found: ten incidences of possible obstruction of justice.

What’s the way forward? How politically risky is impeachment? Or could Democrats support a different path, like censure?