Divisions Deepen Around The Mueller Report

Divisions Deepen Around The Mueller Report 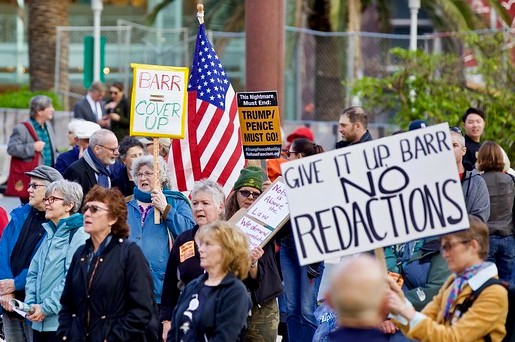 The head of the House Judiciary Committee has set Monday as a deadline for the release of the full, unredacted Mueller report. Charles Moehle

The latest chapter in the battle over the Mueller report unfolded this week.

Attorney General William Barr refused to testify before a Congressional House committee after a contentious hearing in the Senate. A letter from special counsel Robert Mueller indicated his displeasure with Barr’s handling of his team’s conclusions. And House Democrats threaten to hold the Attorney General in contempt of Congress for refusing to hand over the unredacted report.

What does the escalating show down between the executive and legislatives branches of government mean? A former U.S. Attorney gives his perspective.