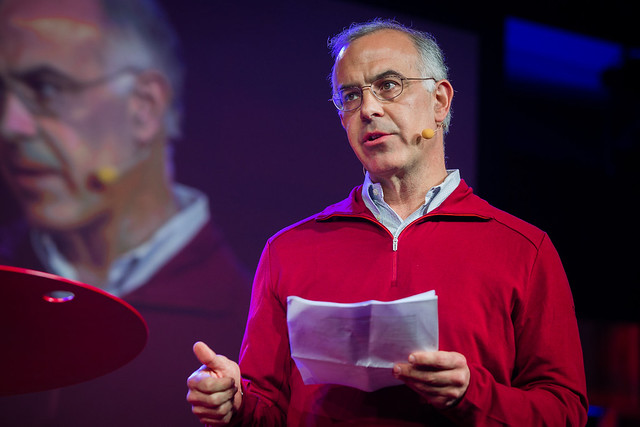 New York Times columnist David Brooks on stage at TED2014 in Vancouver, Canada. His new book is titled, "The Second Mountain: The Quest for a Moral Life." TED Conference

Most know David Brooks from his political analysis in the pages of the New York Times and in weekly appearances on NPR and the PBS NewsHour.

But despite continued professional success, a few years ago Brooks found himself in a dark place in his personal life. His marriage of many years had fallen apart. His Republican party was moving away from him.

In this moment of personal crisis, Brooks turned his attention to the question of how to live a good life. He concluded our country had become far too focused on the individual.

The result is his new book “The Second Mountain: A Quest for A Moral Life.”