The Crisis At The Border And What Can Be Done

The Crisis At The Border And What Can Be Done 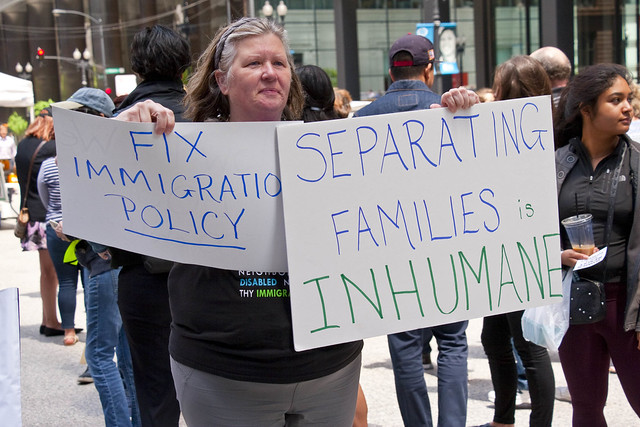 A woman holds signs at a rally in Chicago on June 5, 2018, to protest President Trump's immigration policies. Charles Edward Miller

Just like in 2016, President Trump is making immigration a key part of his re-election campaign. Starting this weekend, he has directed U.S. Immigration and Customs Enforcement to conduct a mass roundup of families that have received deportation orders.

This means Trump’s Democratic opponent, whoever he or she ends up being, will have to talk about immigration as well. But regardless of Trump’s rhetoric and actions on immigration, we do indeed have a crisis at the border: thousands of Central American families are coming across the southern border each day seeking asylum. Millions of people are living in the U.S. without authorization.

So what should be done? Diane speaks with Angela Kelley of Open Society Foundations to talk about the immigration challenges we’re facing and solutions she hopes Democratic candidates and leaders will offer.