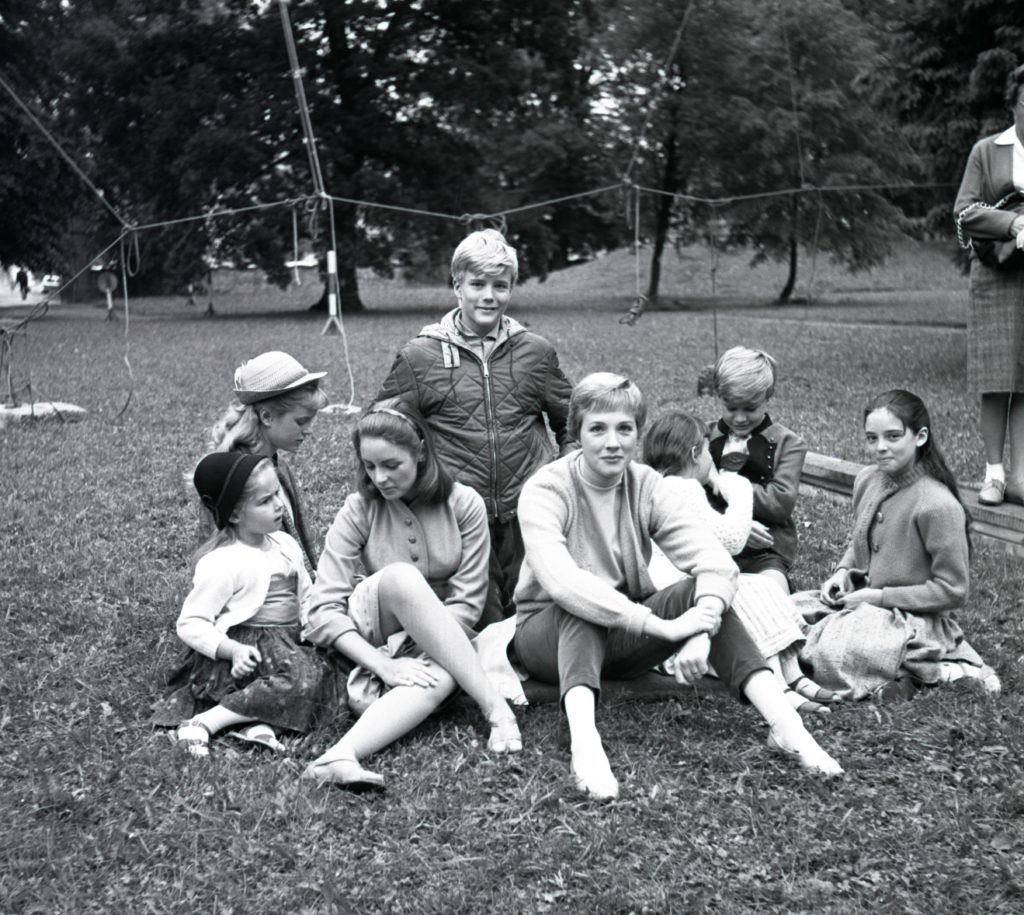 Julie Andrews and the cast who played the von Trapp children filming "The Sound of Music" on location in Salzburg. 1965 Twentieth Century Fox

The first two roles Julie Andrews landed upon arriving in Hollywood were the leads in “Mary Poppins” and “The Sound of Music” – iconic characters that captured the hearts of children in the 1960s.

And just like that, Andrews became a star with a career in movies that would last for decades. Her films continue to touch new generations of viewers.

Now Andrews has written a book titled “Home Work: A Memoir of My Hollywood Years.” It gives readers a glimpse into her life off screen and showcases the less glamorous side of celebrity.

Andrews co-wrote the book with her daughter, Emma Walton Hamilton. Diane spoke with both of them.