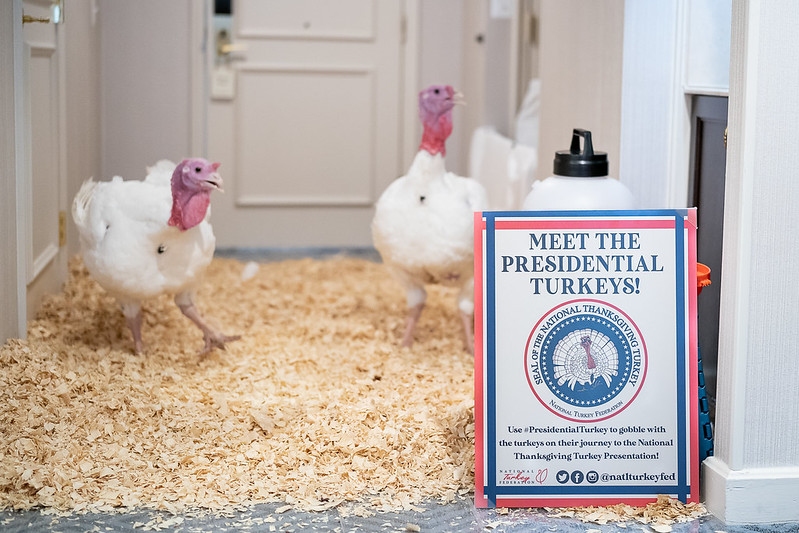 The Presidential Turkeys arrive at The Willard Hotel in Washington, D.C., Sunday, Nov. 24, 2019, ahead of Tuesday’s National Thanksgiving Turkey Pardoning Ceremony at the White House. The White House

The news doesn’t stop for Thanksgiving. Americans are trying to turn their attention to turkey but there are so many distractions.

Just this week: the ousting of the Navy secretary, a court ruling that former White House counsel Don McGahn can’t defy a subpoena, Democrats are preparing to release an impeachment report and former New York City Mayor Michael Bloomberg is running in the Democratic presidential primary.

Diane spoke with New Yorker staff writer John Cassidy about it all.