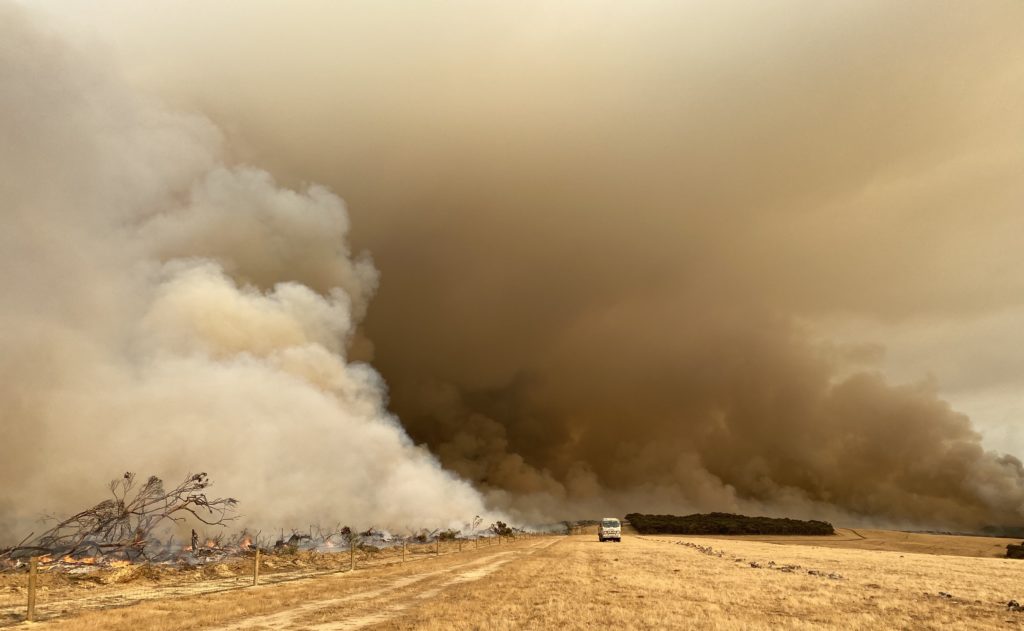 A fire burns on Kangaroo Island in southern Australia. The brush fires around the country have burned over 12.35 million acres of land, with at least 24 people and millions of animals killed by the blazes. robdownunder

The fires in Australia, which began in September, have burned through an area the size of Denmark and Belgium combined. They’ve destroyed thousands of homes, killed more than 20 people, and taken the lives of millions of animals.

The causes of the fires are a combination of several factors, but a major one is drought and heat, a result of climate change that helped create the tinderbox conditions.

As we start this new decade, the fires are a stark reminder of the world’s inaction on climate change and its consequences.

Diane spoke with David Wallace-Wells, deputy editor and climate columnist for New York Magazine. He is the author of “The Unihabitable Earth.”