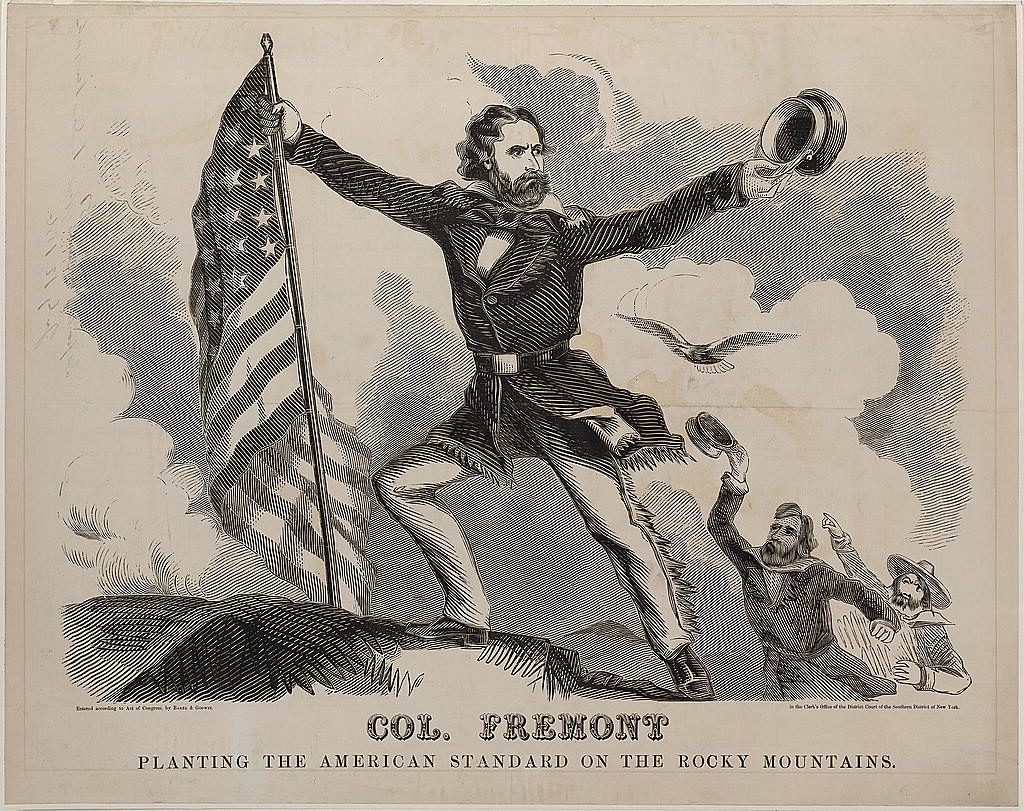 An election poster for John Fremont. He was the presidential nominee in 1856 for the newly formed Republican party.

This also describes America in the 1850s. Immigration had exploded, slavery was about to bring the country to war, and the telegraph was revolutionizing communication.

In a new book, NPR Morning Edition co-host Steve Inskeep, takes a look at these years through the story of one of the period’s most famous couples – Jessie and John Fremont.

It’s called “Imperfect Union: How Jessie and John Fremont Mapped the West, Invented Celebrity, and Helped Cause the Civil War.”