How The Supreme Court Has Contributed To Income Inequality

How The Supreme Court Has Contributed To Income Inequality 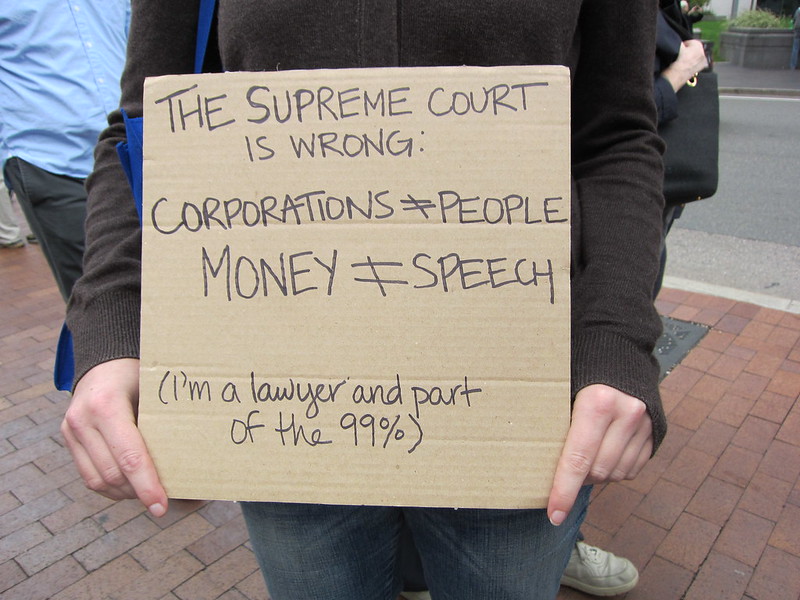 A sign protesting the Supreme Court's 2010 decision "Citizens United" which enabled corporations and other outside groups to spend unlimited money on elections. sharonkubo

Journalist and lawyer Adam Cohen says over the last 50 years, a majority conservative Supreme Court has consistently ruled in favor of the rich.

Cohen says this can be found in rulings that make it harder for racial minorities and the poor to vote to decisions that loosen restrictions on how much money corporations and the wealthy can contribute to political candidates.

His new book is “Supreme Inequality: The Supreme Court’s Fifty-Year Battle for a More Unjust America.”

Cohen talked with Diane about his work and his reaction to President Trump’s call for Supreme Court Justices Ruth Bader Ginsburg and Sonia Sotomayor to recuse themselves from cases that involve him.