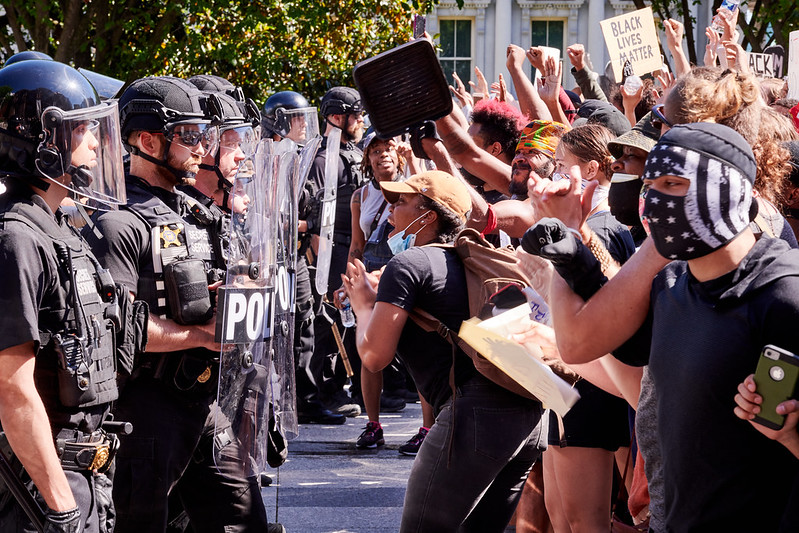 Protestors confront the Secret Service by the White House on May 30, 2020. Geoff Livingston

Americans outraged over the death of George Floyd are taking to the streets in massive numbers. They’re also clashing with police and violent incidences are occurring more frequently.

The escalating tensions played out in front of the White House last night as President Trump ordered the clearing of peaceful protestors, and spoke of his requests to use not only police but military force.

Paul Butler has been thinking about the issue of race and policing for many years. He is a professor of law at Georgetown University and the author of “Chokehold: Policing Black Men.”

Diane spoke with him Tuesday morning.