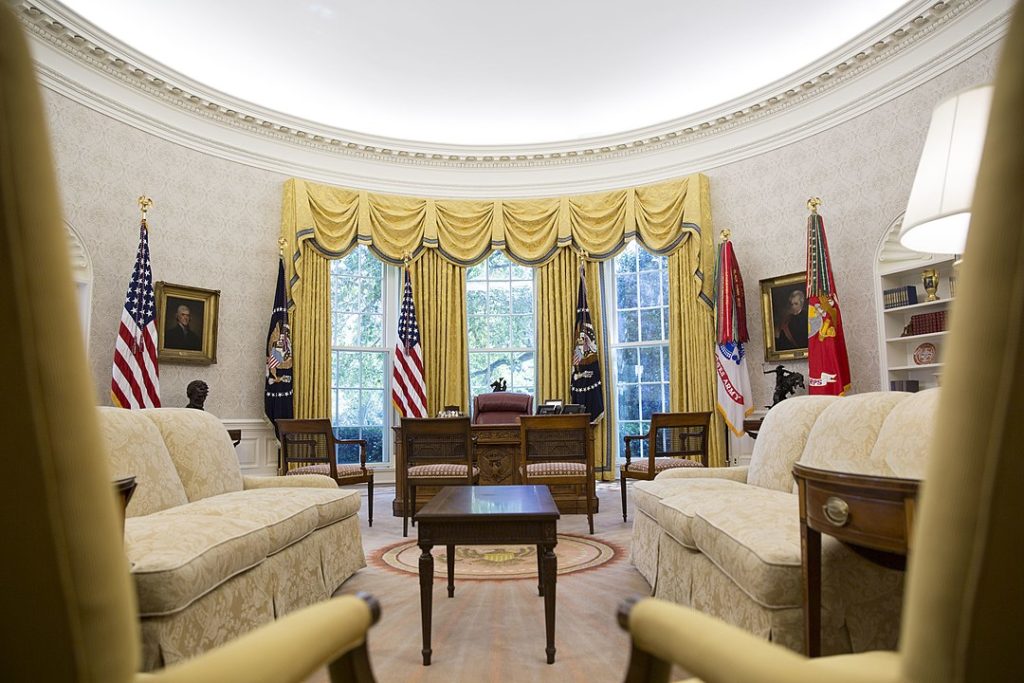 A view of the Oval Office. Wikimedia Commons

Donald Trump’s critics claim his presidency has eroded democratic institutions in this country. But veteran political journalist John Dickerson says even before 2016, the highest office in the land was in trouble.

The 60 Minutes correspondent argues Americans don’t ask the right questions of presidential candidates before going to the polls; he says our expectations of our leaders is unrealistic; and that our system of checks and balances is failing.

In Dickerson’s new book, The Hardest Job in the World: the American Presidency, Dickerson takes a look back at previous presidents to try to answer what questions Americans need to be asking of the current and future occupant of the White House.