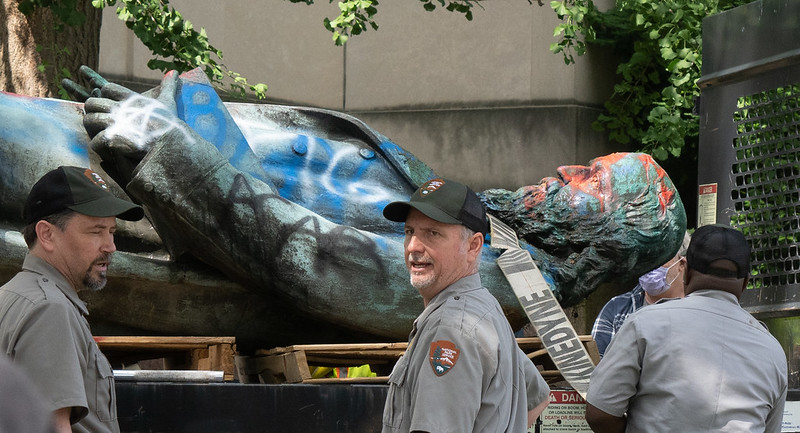 A statue of Confederate Gen. Albert Pike was knocked down by protestors in Washington, D.C., on June, 19. Victoria Pickering

In Jacksonville, Florida. In Louisville, Kentucky. In Montgomery, Alabama. Confederate statues and monuments are being removed at a rapid pace.

It’s happening in the wake of the protests against police violence that swept the country after the killing of George Floyd.

Diane’s guest Jamelle Bouie says that’s because the outrage over Floyd’s death was not just about police abuses – but persistent white supremacy in this country.

Jamelle Bouie is an opinion columnist at the New York Times. Diane spoke with him Friday morning.