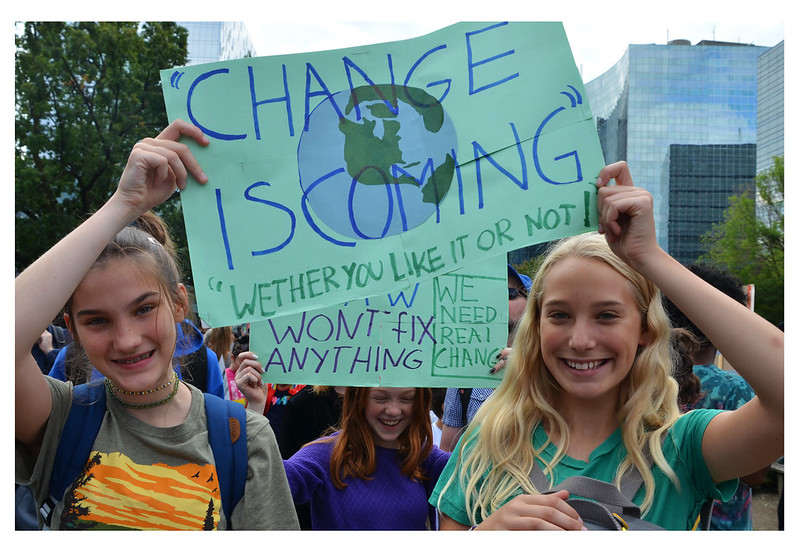 Two girls participate in an international climate strike on September 27, 2019. For young voters in the U.S., the issue of climate is a top concern.  Mary Crandall

According to recent Gallup polling, Americans have grown more concerned about the environment since the early 2000s. And a majority say the environment is not in good shape and think the federal government should do more.

Presumptive Democratic nominee, Joe Biden, is hoping to capitalize on this shift in attitudes, releasing new plans and working to attract support from the progressive wing of the party which care deeply about these issues.

This is in sharp contrast to President Trump. He has rolled back environment regulations and continues to call climate change a hoax.