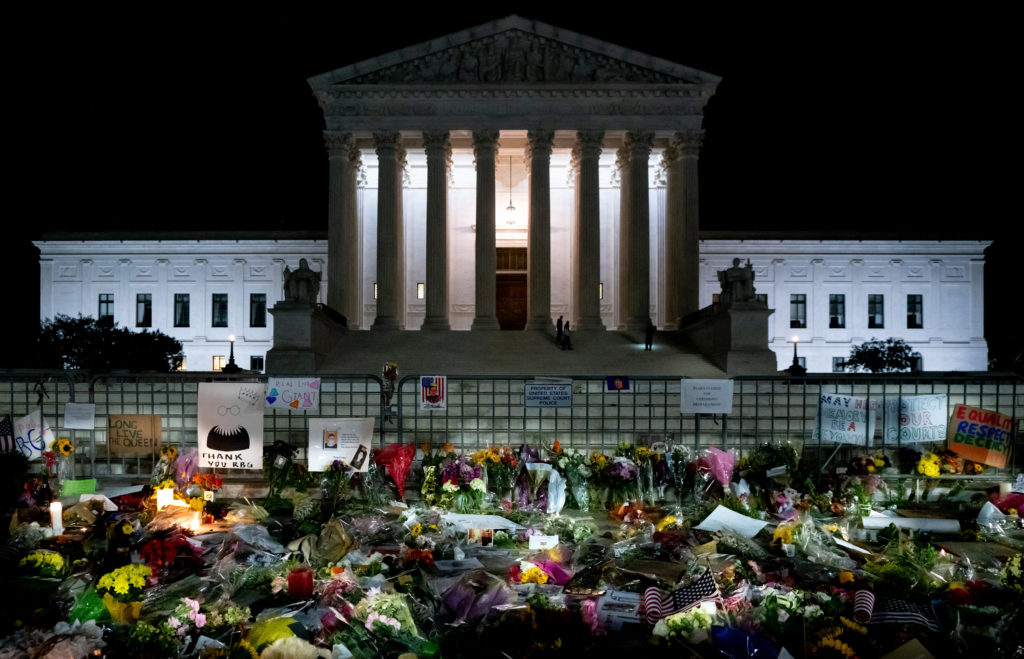 A memorial for Ruth Bader Ginsburg in front of the Supreme Court. Victoria Pickering

The death of Supreme Court Justice Ruth Bader Ginsburg last week is, of course, a major news story – and the political fight ahead to replace her seat will crowd out many other important issues as we approach election day.

The Atlantic’s James Fallows sees this coverage as emblematic of how the media continues to fall into the same traps they did in 2016. He says from the emphasis on “both-sides-ism” to getting wrapped up in the horse race, important stories can get buried – especially when it comes to the breaking of democratic norms.