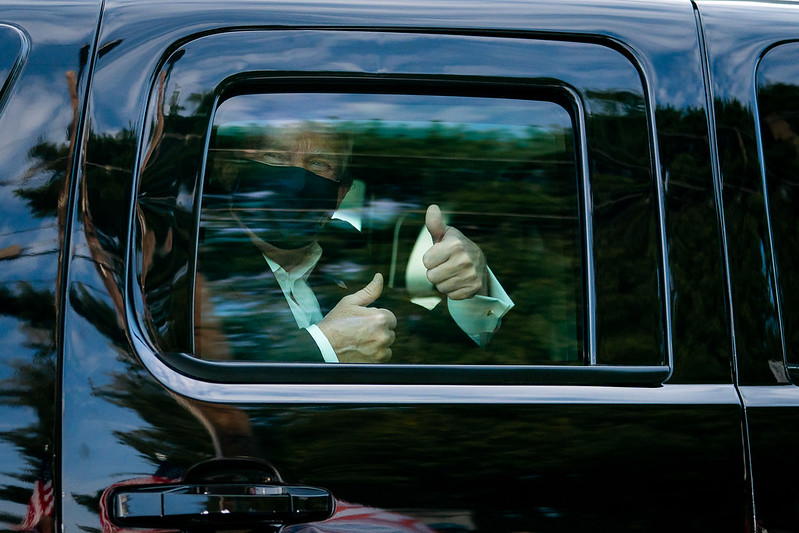 President Trump is back in the White House, claiming he feels better than he has in twenty years. But messaging from his doctors has sown doubts about the upbeat assessment. Meanwhile, the number of infections associated with the outbreak continues to climb — and threatens to disrupt not only the presidential campaign but also the confirmation of Supreme Court nominee Amy Coney Barrett.

Edward Luce is U.S. national editor and columnist at the Financial Times and author of the book “The Retreat of Western Liberalism.”

Diane spoke to him Tuesday morning about Trump’s diagnosis, what comes next and the political fallout.