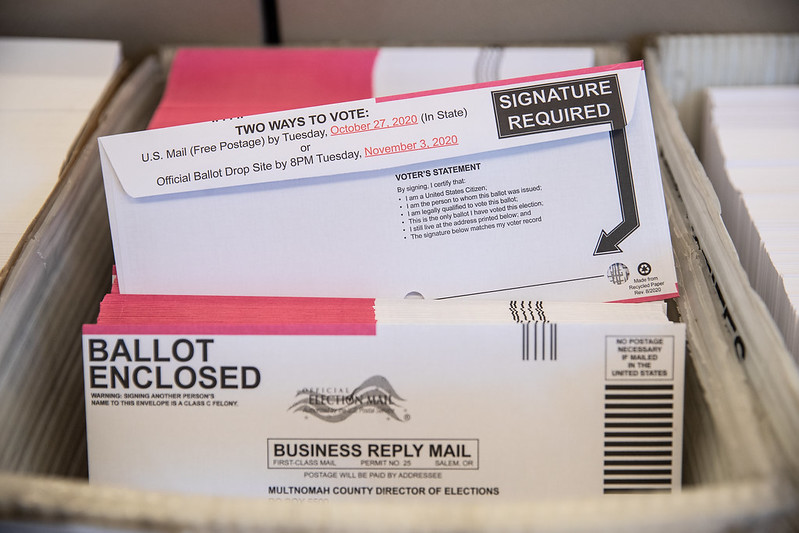 More than 25 states have expanded access to universal mail-in voting, in response to the pandemic. MultCo Communications

Last March, as the pandemic had just taken its hold on the country, Diane spoke with elections law professor Edward Foley. He warned then that the country must start preparing for the general election – which was sure to be very different from other years.

Now that we’re a few weeks away from November 3rd, Diane invited Professor Foley back on the podcast.

She talked with him about how Americans are voting – from mail in ballots to early voting, and the flurry of election litigation that’s already making its way through the courts.

Edward Foley is professor and director of the election law program at Ohio State University. He’s the author of “Ballot Battles: The History of Disputed Elections in the United States.” He’s also a contributing columnist for the Washington Post.