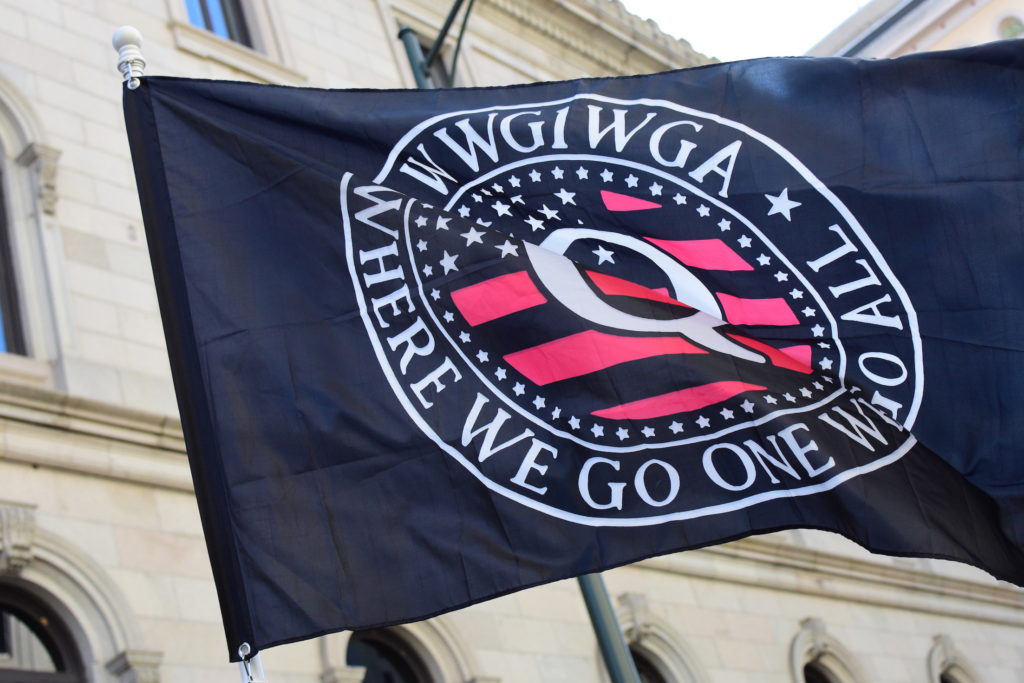 A QAnon flag at a 2nd Amendment rally in Richmond, Virginia in January 2020. Anthony Crider

It started as a conspiracy theory posted in online message boards. Now the followers of Q have become a visible presence at Trump rallies, and a growing influence within the Republican party.

The core belief is that powerful elites control the government and are engaged in all sorts of corrupt activity, including the secret torture of children. Donald Trump, meanwhile, has been delivered to the presidency to overthrow the cabal.

Adrienne LaFrance is executive editor of The Atlantic. She’s been following the growth of QAnon and wrote about it in a recent article titled, “The Prophecies of Q.”

Diane spoke with her Tuesday morning.