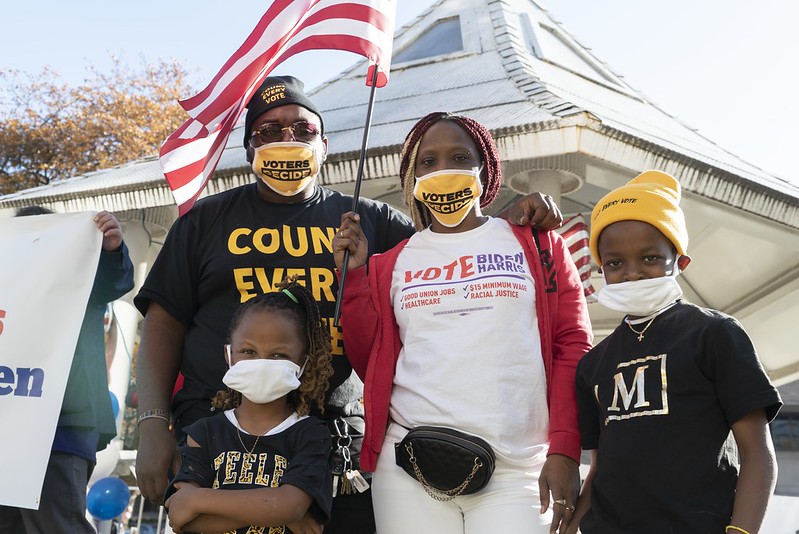 As the nation waited for the results of the presidential election – and hours stretched into days – it became clear the haul of Democratic ballots in cities like Milwaukee, Detroit and Philadelphia, with large African-American populations, put critical swing states in the blue column. And delivered Joe Biden the presidency. In Biden’s acceptance speech, he spoke directly to the Black community, saying: “You’ve always had my back, and I’ll have yours.”

And in January, all eyes will be on the two Senate run-off races in Georgia that will determine control of the U.S. Senate, where the fate of the Democrats again depends largely on Black voters.

Adam Harris of The Atlantic joined me on Tuesday morning to talk about how this political power might shape future policy.