The End Of “Trump’s Washington”

The End Of “Trump’s Washington” 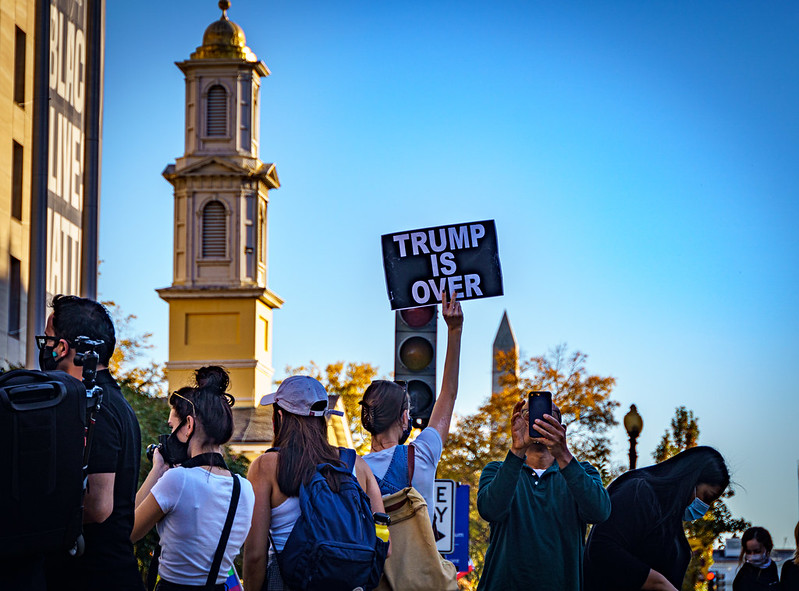 Celebrations are held in Washington, D.C., on November 11, 2020, following the defeat of President Trump. Ted Eytan

Throughout Donald Trump’s presidency, Susan Glasser has been writing a weekly column in The New Yorker titled, “Letter from Trump’s Washington.”

Her first piece in 2017 focused on how some veteran Republican lawmakers were expressing disgust, dismay, and even fury at the state of affairs in the White House. Her latest piece describes her horror at how Republicans throughout the country have gone along with attempts to overturn the election.

On Thursday morning, Susan joined Diane to look back at “Trump’s Washington” and look ahead at what, if anything, will change in “Biden’s Washington.”