Should Democrats Do Away With The Filibuster?

Should Democrats Do Away With The Filibuster? 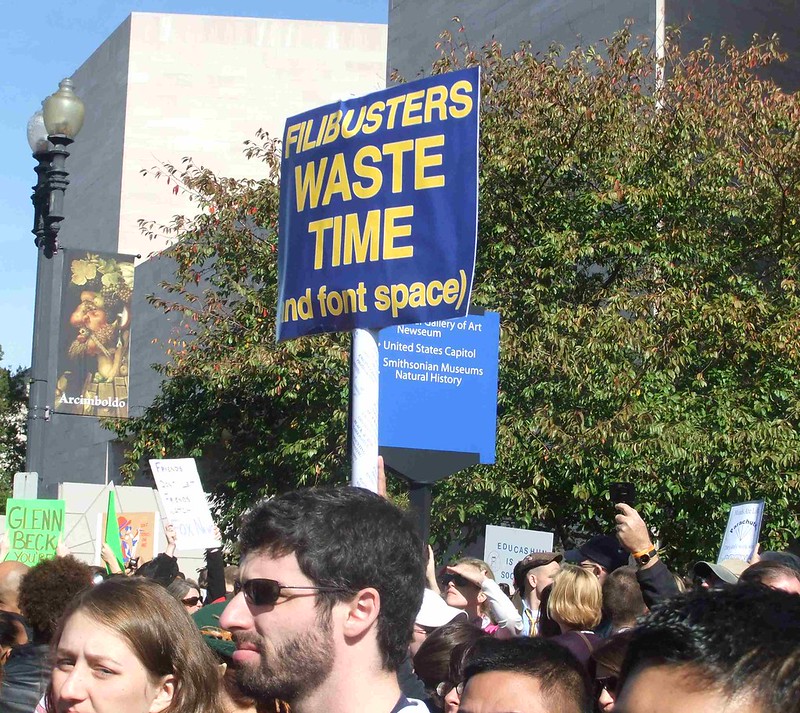 Senate leaders from both parties have tried to ban the filibuster since the 19th century. Now, some Democrats are pushing forward with the effort. Martha Soukup

For years, the filibuster was an arcane procedural tool in the Senate and little thought about by the American public. But over the last decade or so, it’s come to be seen by many as a tool of obstruction, not to mention a major cause of Senate dysfunction.

Getting rid of it became a topic for Democrats on the 2020 campaign trail. And now many in the progressive wing of the party are lobbying to follow through on that promise.

There are few who have watched this evolution as closely as E.J. Dionne. He’s a columnist for the Washington Post and a senior fellow in governance studies at the Brookings Institution.

Diane asked him to explain just how the filibuster works and what the consequences of scrapping it might be for the Senate, itself.