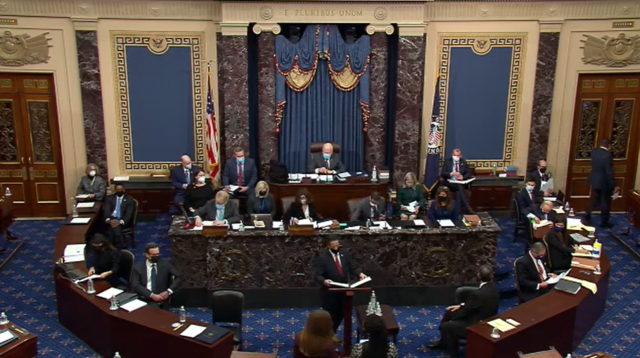 The Democratic House impeachment managers closed their case for convicting Donald Trump of inciting an insurrection. With video and audio clips, they recreated the events of January 6 – and used the former president’s own words to explain how the mob came to be at the capitol that day.

Republican senators continue to signal they plan to acquit. But even if Trump avoids conviction in the Senate, he could face accountability in a court of law.

Harry Litman is legal affairs columnist for the Los Angeles Times and host of the podcast Talking Feds. He joined Diane to discuss what we’ve seen in the impeachment trial so far — and the criminal investigations underway into Trump’s efforts to overturn the election.