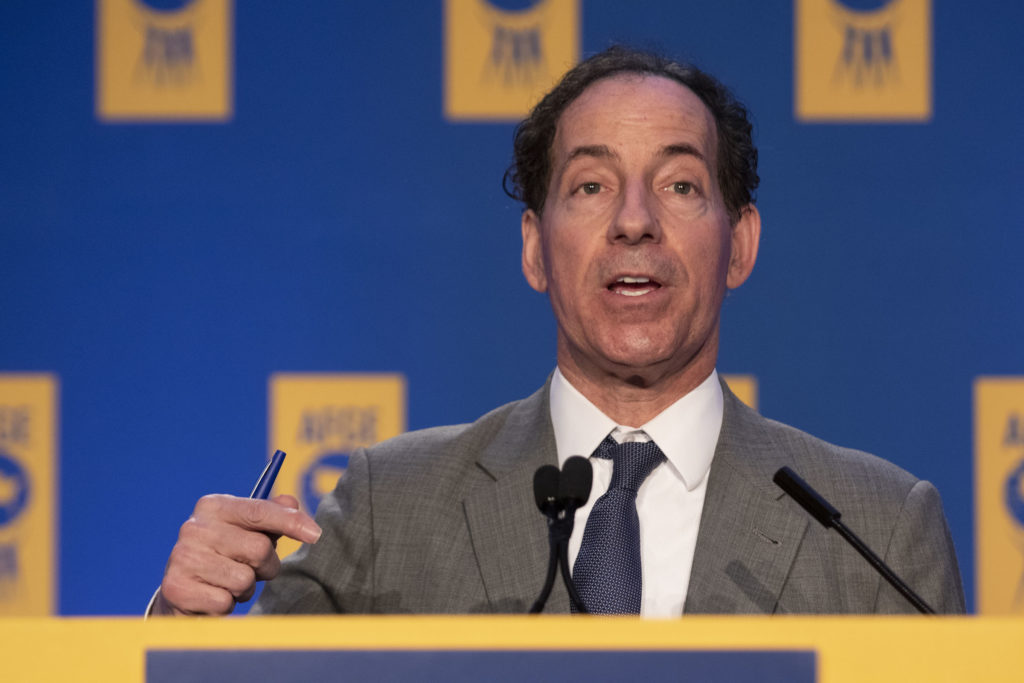 Rep. Jamie Raskin of Maryland speaks at a conference for the federal government workers' union in 2020. Raskin led the Democratic House impeachment managers in the Senate trial of Donald Trump. Keith Mellnick

One month ago today, Congressman Jamie Raskin stood before the Senate and kicked off the second impeachment trial of Donald Trump. He argued that senators not only had the right, but the duty, to hold the former president accountable for inciting violence on January 6th.

A former law professor, Raskin’s arguments displayed a deep knowledge of the U.S. Constitution, as well as raw emotion. His daughter and son-in-law had accompanied him to the Capitol the day of the insurrection, which was just a week after his son had taken his own life.

Representative Raskin joined Diane Tuesday afternoon to about his reflections on impeachment, and whether, in the end, it was worth it for the country.

The National Suicide Prevention Lifeline is available 24/7 in English and Spanish. If you or someone you know need help, call (800) 273-8255.