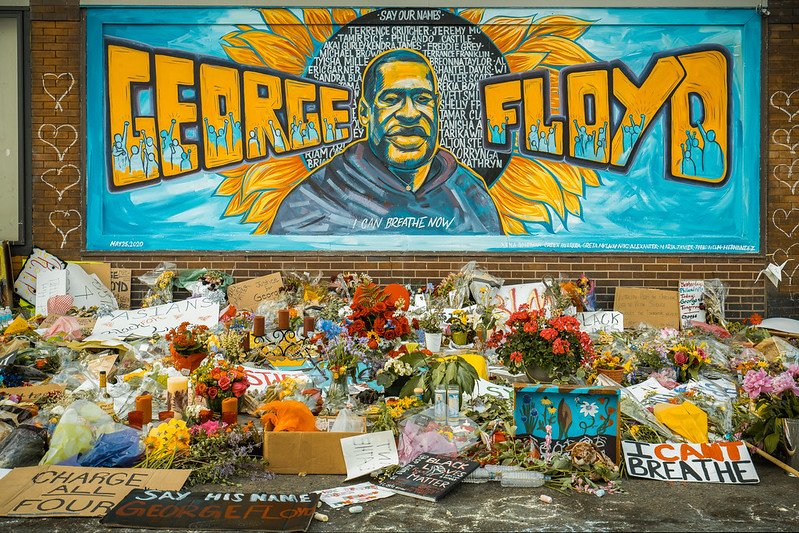 A memorial for George Floyd in Minneapolis, whose death on May 25, 2020, sparked national outrage and protests. Chad Davis

Emotions ran high in a Minneapolis courtroom as the prosecution made its case against the former police officer charged with killing George Floyd.

Witnesses to last May’s violence – which unleashed a wave of protests across the country – relived the horror of watching former police officer, Derek Chauvin, pin Floyd’s neck to the ground and the guilt of having not been able to intervene. Chauvin’s defense plans to build their case around Floyd’s drug use, claiming that was the cause of his death.

To learn more about what happened this week and just how high the stakes are in this case, Diane turned to Paul Butler, law professor at Georgetown University Law Center and author of “Chokehold: Policing Black Men”.