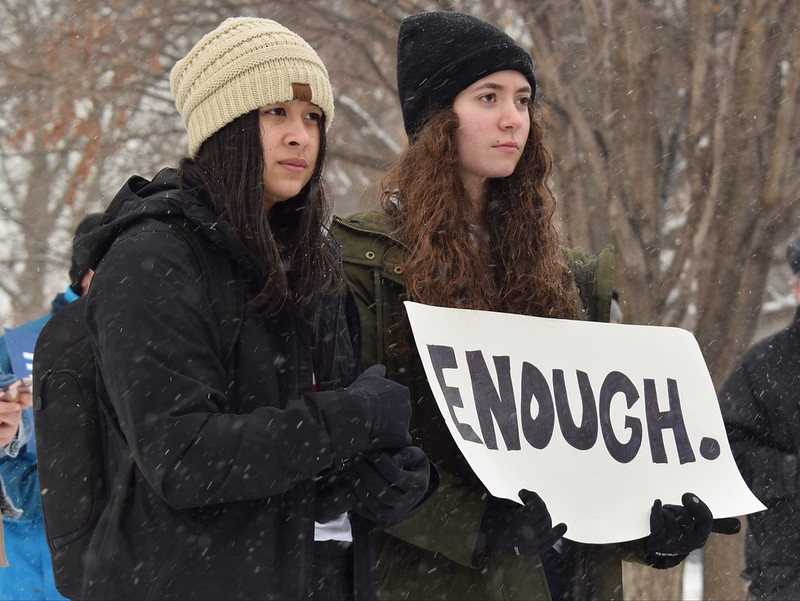 On March 24, 2018, children across the country participated in the "March For Our Lives" rally, calling for an end to gun violence. CoraDove

This week, President Biden called on lawmakers to act in the face of two recent mass shootings, calling gun violence in this country “an international embarrassment.” But the prospect of passing tougher restrictions, like banning assault weapons, appears as unlikely as ever in this divided Congress.

As Americans know too well, children are often the victims — and witnesses — of gun violence. This is true not only in the case of school shootings, but in the everyday gun violence experienced in neighborhoods across America. It is these young people who are the focus of John Woodrow Cox’s reporting.

In a new book, Cox, who writes for the Washington Post, follows two children who have seen people in their lives shot and killed. He charts the psychological toll it takes on these kids and asks “How many children have to die or witness a killing or watch a family member be lowered into the earth before we say, enough?”