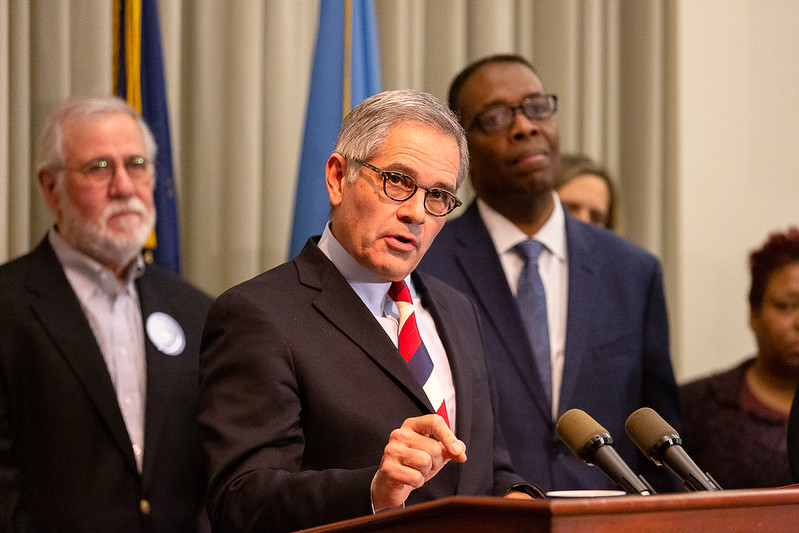 Philadelphia District Attorney Larry Krasner was elected to the position in 2017 and is now facing a tough primary challenge. Philadelphia City Council

In 2017, when Larry Krasner was elected Philadelphia’s district attorney, he came from an unusual background for the job. He had spent his career as a civil rights and defense attorney, not a prosecutor. And he brought with him a progressive approach. Instead of the typical “tough on crime” talk, he promised to reform the system. He took on cops, he said he would end mass incarceration, and he advocated for the Black Lives Matter movement.

Krasner became a nationally known figure for his work. But now he is up for a re-election and is facing a tough primary challenge.

Larry Krasner’s new book is “For the People: A Story of Justice and Power.” He is also the subject of the new PBS Independent Lens documentary “Philly D.A.”

Diane spoke with him Friday morning.