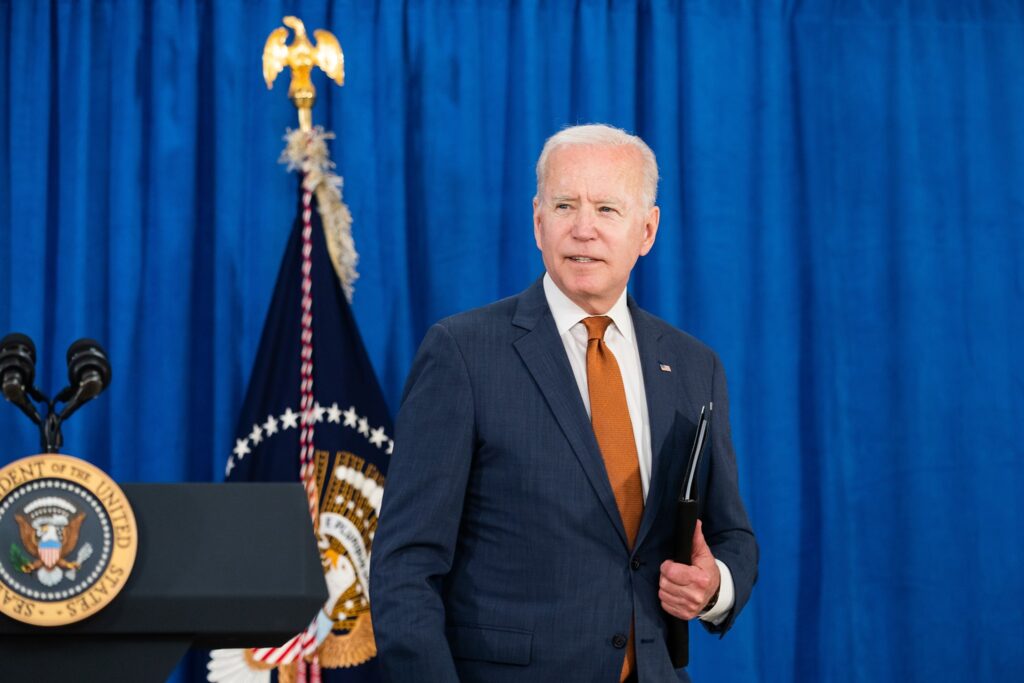 President Joe Biden leaves the podium on National Gun Awareness Day. Biden has pushed for a new gun control bill as part of an ambitious legislative agenda. The White House

President Biden traveled to Europe this week to convince allies that, “America is back.” But here at home, Democrats have hit a road block.

Since the election, Congressional Republicans have made it clear their priority was “stopping the administration.” Yet, Democrats, with a razor thin margin in the Senate, held out hope they could pass sweeping new laws on things like voting rights and immigration – as long as they could convince West Virginia Senator Joe Manchin to vote with his party.

This week, Manchin made it clear he would not. The New Yorker’s Susan Glasser writes the column “Letter from Biden’s Washington” and she joined Diane Friday morning to discuss where the Democrats, and the president, go from here.