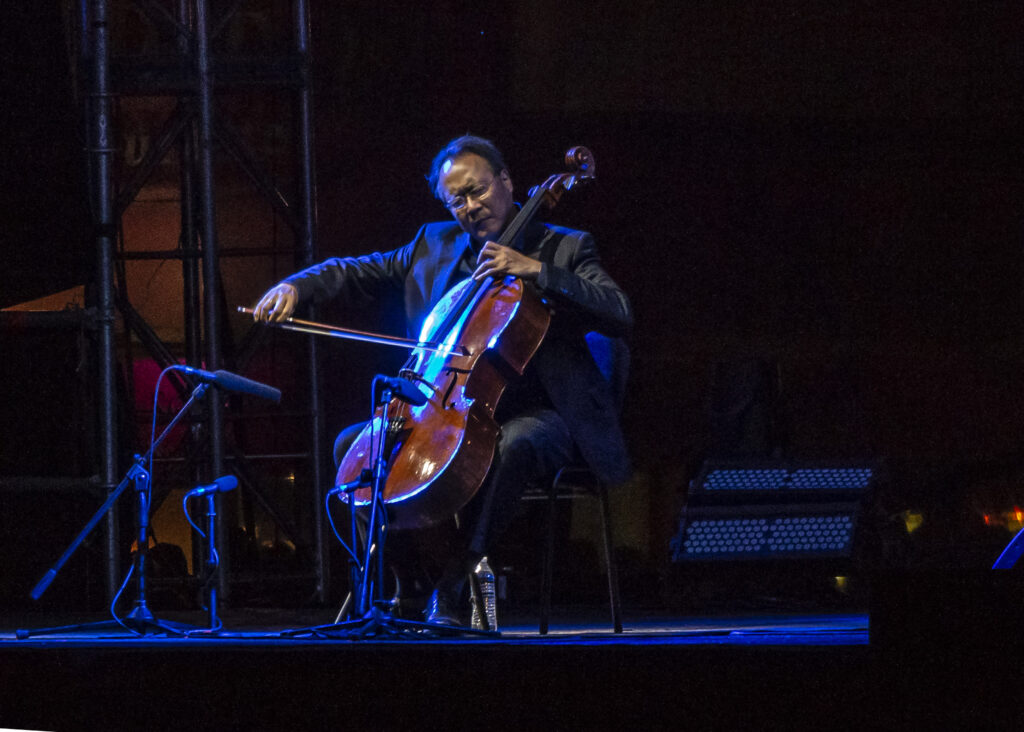 Cellist Yo-Yo Ma performs Bach suites in Mexico City in March 2019. In 2007 he joined Diane on The Diane Rehm Show, where he discussed his belief in the power of music to create connections across borders and backgrounds. Martin Herrera / Secretaría de Cultura Ciudad de México

Cellist Yo-Yo Ma joined Diane for an interview on The Diane Rehm Show in November 2007. He had just released an album titled “New Impossibilities” with the Silkroad Ensemble, a group Ma had founded to “draw on a rich tapestry of traditions from around the world to create a new musical language that weaves together the foreign and the familiar.”

In the interview they discuss Ma’s belief in the power of music to cross borders and bridge differences. He also explains why, after more than four decades of playing the cello, he finally realized that being a musician makes him happy.