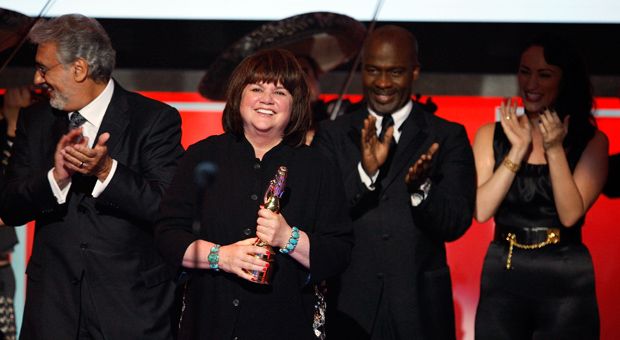 Singer Linda Ronstadt joined Diane for an interview on The Diane Rehm Show in January 2014. She had just received a presidential medal of honor for her decades-long singing career that had recently been cut short by a diagnosis of Parkinson’s disease.

Growing up on a ranch outside Tuscon, Arizona, Linda Ronstadt always knew she wanted to be a singer. Her musical family played and listened to a wide range of styles, including opera, classical and Mexican folk music.

Ronstadt landed her first recording contract as a teenager and in 1974, released “Heart Like a Wheel,” a mix of oldies covers and contemporary songs like “You’re No Good” and “When Will I Be Loved.” The album hit number one and has never been out of print in 40 years.

Ronstadt went on to sell more than 100 million records. But in 2013, she announced that a Parkinson’s diagnosis had forced her to stop singing.

Diane talked with Rock and Roll Hall of Famer Linda Ronstadt about her career in music and her life today.