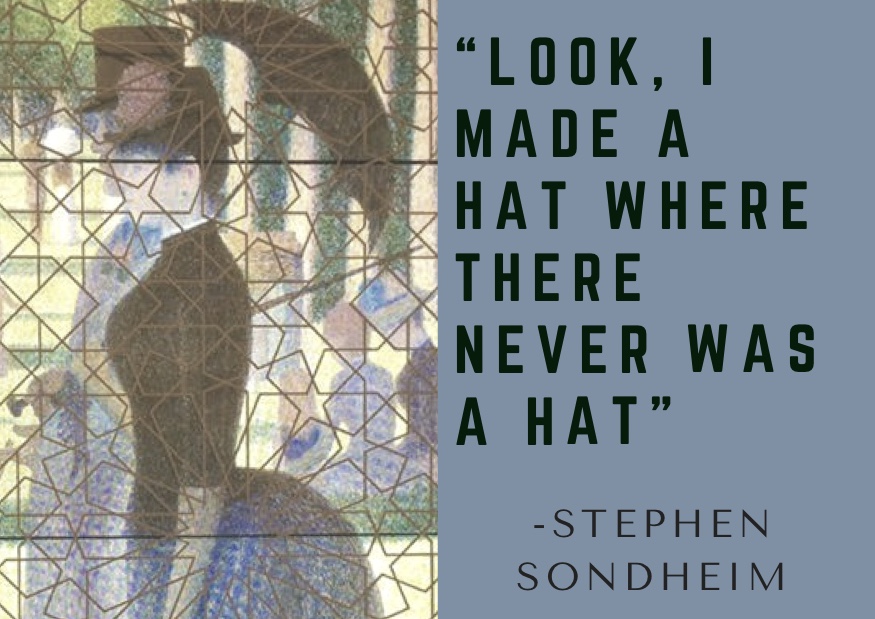 Lyrics from the song, "Finishing the Hat" from Stephen Sondheim's musical, "Sundays in the park with George." Mandy Patinkin starred in the original production, which debuted on Broadway in 1984. Sarah Lou

Mandy Patinkin was one of Stephen Sondheim’s biggest fans. In 1984, Patinkin starred in the original production of Sondheim’s Pulitzer Prize-winning musical, “Sunday in the Park with George.” Patinkin went on to record more than 50 of Sondheim’s songs on his solo albums.

When Sondheim died in November at age 91, Diane was reminded of a 2002 interview she recorded with Mandy Patinkin, just after he had performed a concert as part of the Kennedy Center’s Sondheim tribute that year. He joined Diane to talk about the power of Stephen Sondheim’s work, as well as his own career as a singer and actor.