A Conversation With US Poet Laureate Joy Harjo

A Conversation With US Poet Laureate Joy Harjo 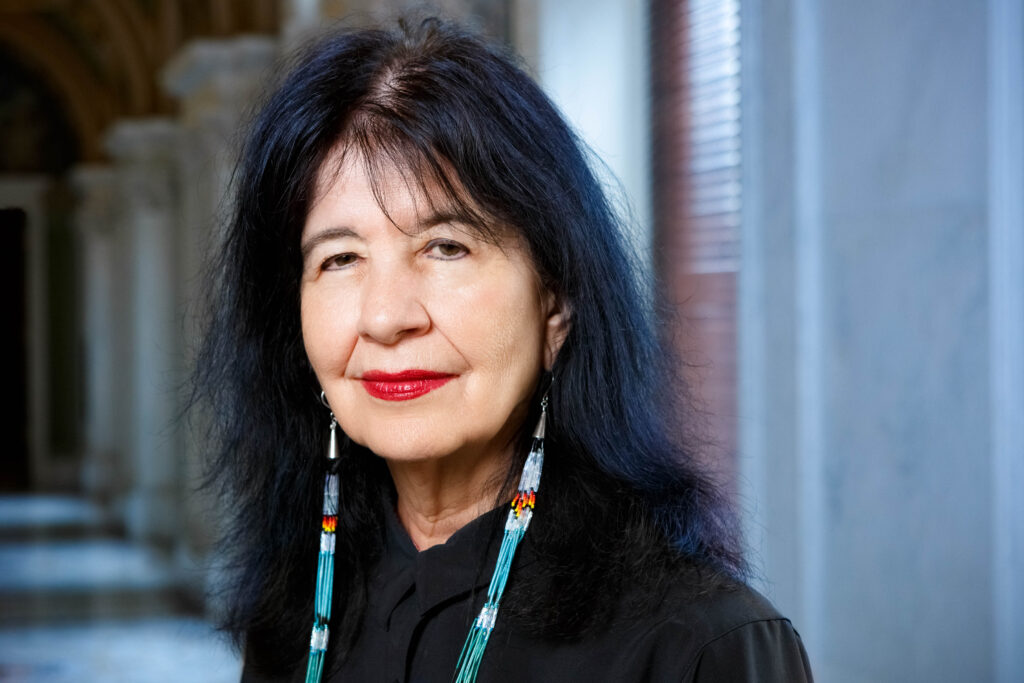 Poet Laureate of the United States Joy Harjo, June 6, 2019. Harjo is the first Native American to serve as poet laureate and is a member of the Muscogee Creek Nation. Shawn Miller/Library of Congress.

Joy Harjo is the first Native American to hold the post of Poet Laureate of the United States, and only the second to be appointed to a third term.

A member of the Muscogee Creek nation, Harjo has written nine books of poetry, as well as a memoir, “Crazy Brave.” She also plays the saxophone and has released seven albums, including last year’s “I Pray for My Enemies.”

Harjo’s latest book, “Poet Warrior,” mixes prose, poetry, songs, and dreams to trace her evolution as an artist, and fighter for justice. Harjo says if she has one goal in her work, it’s for Native people to be seen as human beings.