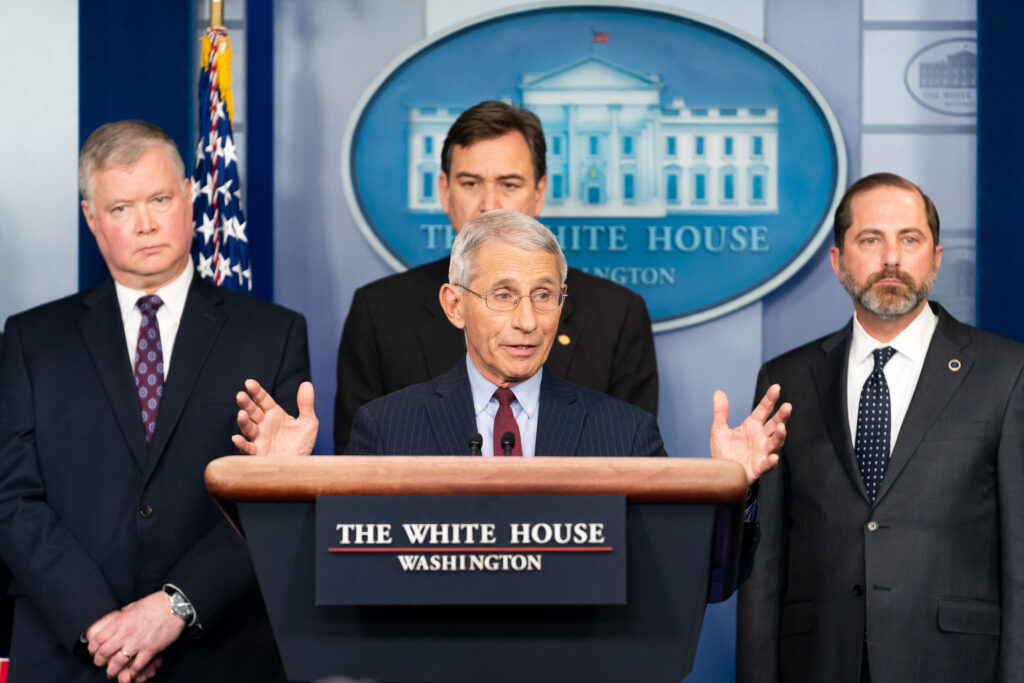 Dr. Anthony Fauci, director of the National Institute of Allergy and Infectious Diseases, addresses a briefing on the latest information about the Coronavirus Friday, Jan. 31, 2020at the White House. Official White House Photo by Andrea Hanks

As director of the The National Institute of Allergy and Infectious Diseases (NIAID), he acted as a key advisor to seven presidents. In his position, he helped the United States – and the world — navigate the AIDS crisis, SARS, the H1N1flu virus, Zika and Ebola.

He was also a frequent guest on The Diane Rehm Show, whose list of appearances reads like a history of infectious disease in America.

This was, of course, well before the pandemic pushed Dr. Fauci into the spotlight, where he became a hero to many, a villain to some, receiving death threats and harassment even as he oversaw the race to develop a Covid vaccine.

Diane invited Dr. Fauci to join her on the podcast one last time before he steps down from his post at NIAID at the end of the year. He talked about why he feels now is the right time to change his role and start to focus on inspiring the next generation of public health professionals.