“Out of Tools”: Why Mayors Are Seeking Senate Vote on Gun Control, Mass Shootings

“Out of Tools”: Why Mayors Are Seeking Senate Vote on Gun Control, Mass Shootings 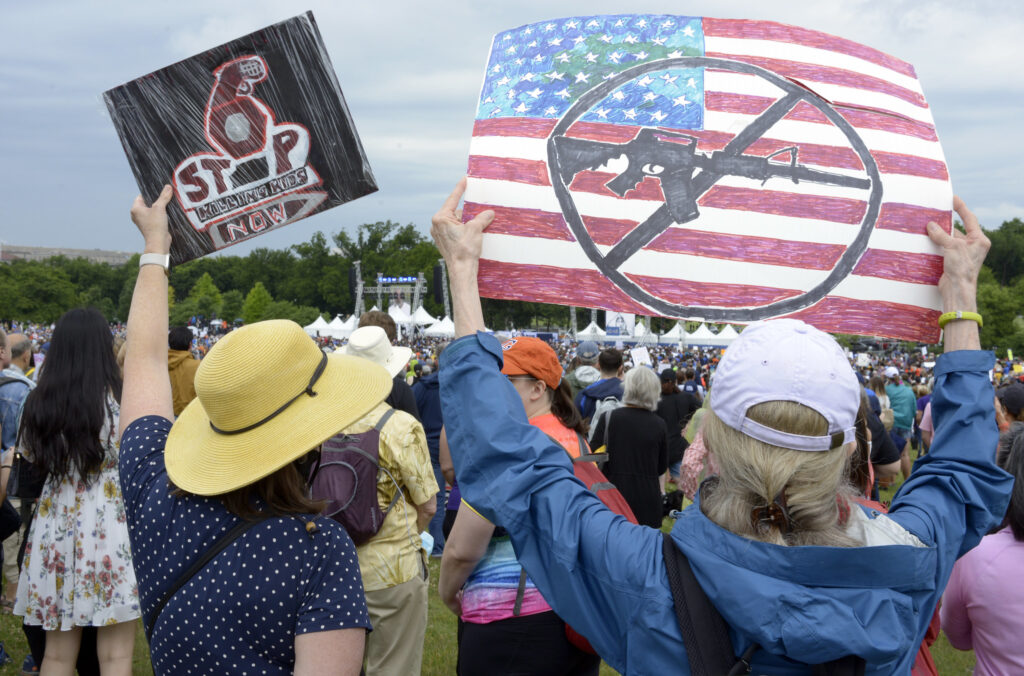 Protesters push for tighter regulations on assault weapons at the second March for Our Lives rally in Washington, D.C. on Saturday June 11, 2022. Stephen Melkisethian / Flickr

The number of mass shootings in the U.S. has reached more than 600 for the third year in a row. Meanwhile, daily gun violence on streets and in homes across the country remains at near-record levels, with some cities experiencing higher homicide rates than ever before. As local leaders struggle for answers, many have come to the same conclusion: there are too many guns.

Mayors from nearly 70 cities whose communities experienced a mass shooting released a letter this week, calling for the Senate to pass stalled gun legislation before the end of the year.

Quinton Lucas, the mayor of Kansas City, Missouri, was among those who are pressuring Washington to do something to help curb gun violence. He told Diane this week, “If the federal government does not act, we’re starting to run out of tools.”

Diane also talked to Jennifer Mascia, a reporter with The Trace, an independent news organization that focuses on guns and gun violence. Mascia explained why the U.S. is experiencing one of the deadliest years in history when it comes to shooting deaths – and what can be done about it.