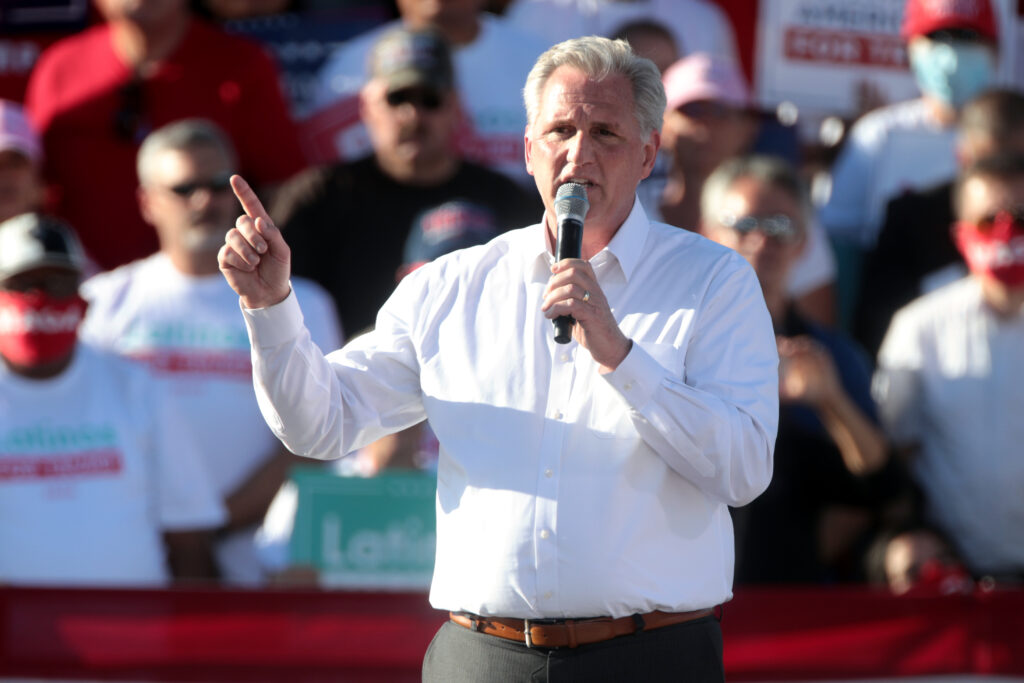 An historic stalemate is playing out in the fight over speaker of the House.

The last time it took more than one round of voting to fill the top job in the House of Representatives the year was 1923. This week Republican Kevin McCarthy has fallen short on ballot after ballot (9 at the time of publication).

Democrats predictably lined up behind minority leader Hakeem Jeffries, but it was actually a handful of far-right GOP lawmakers who have thwarted McCarthy’s bid. They continued to nominate and vote for other candidates, including former president Donald Trump, even as McCarthy’s camp promised concessions like positions for Freedom Caucus members on powerful committees.

Veteran journalist Susan Page has covered dozens of votes for speaker, but never one like this. She joined Diane to discuss what this fight says about the Republican party – and politics in America today.