WAMU Introduces A New Show For A Changing America 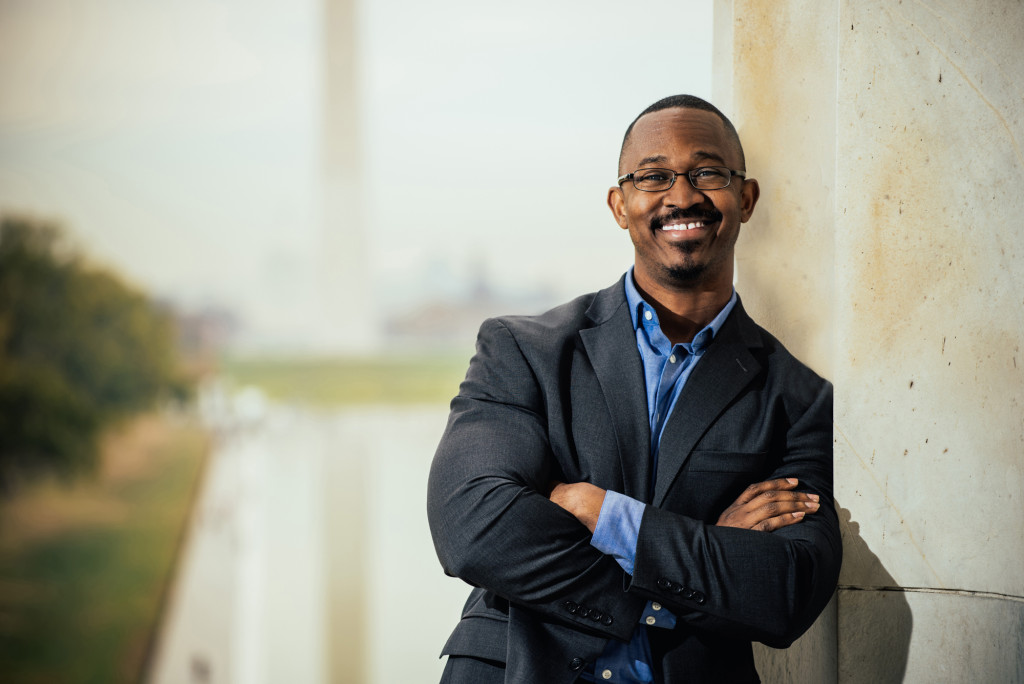 Joshua Johnson will take the helm of 1A — a new national talk show that will be distributed by NPR. Stephen Voss

WAMU is thrilled to announce a new show for a changing America. 1A is a live two-hour daily national radio program hosted by Joshua Johnson, who brings to the airwaves a smart fresh voice with curiosity and empathy, convening a daily conversation about the most important issues of our time.

Distributed by NPR, 1A launches live on Monday, January 2, 2017 at 10 a.m. EST. Designed to succeed the iconic The Diane Rehm Show, and maintain the core values that made Diane’s show treasured by millions, 1A will provide deep conversation about the thorniest issues of our times delivered with insight, intimacy, and personality. 1A builds on Diane’s legacy of civil dialogue and analysis, while engaging with audiences when and where they choose, on the radio and in a daily podcast.

The show will take a deep and unflinching look at America, bringing context and insight to stories unfolding across the country and the world. Johnson says, “My professional passions have always centered on creativity, exploration and service. This moment in history demands these attributes of us. It’s a chance to tell stories more creatively, to explore ideas beyond our own, and to refocus on serving others.”

With a name inspired by the 1st amendment, 1A will explore important issues such as policy, politics, technology, and what connects us across the fissures that divide the country. The program also will delve into lighter subjects such as pop culture, sports, and humor. On air, online, and on demand, 1A launches at a time of deep national reckoning. The show will act as a national mirror – taking time to help America look at itself and to ask what it wants to be. Produced in America’s capital but in touch with communities across the country, 1A takes advantage of the world’s most dynamic thinkers to examine the complex issues facing us all—with a focus on solutions.

“There has never been a time in our history where non-ideological and civil conversation is as important as it is right now, says Jarl Mohn, president and CEO of NPR. “I am so very hopeful that Joshua Johnson and his new show 1A will continue this tradition and help create the next generation of public radio for America.”

Host Joshua Johnson is a breakout public media star, most recently co-creator and host of the provocative nationwide public radio series, Truth Be Told, which explored race in America. He began his career helping to launch a unique partnership between Miami’s NPR station, WLRN, and The Miami Herald. He served for over five years as morning news host for KQED in San Francisco, where he became one of the station’s stars.

Joshua has a natural affinity for working across media platforms. He teaches podcasting at the University of California, Berkeley School of Journalism and frequently moderates public discussions, including a recent series on equity in the San Francisco Bay Area. He is also an active member of the National Association of Black Journalists.

“At this moment, our country needs a fresh voice that addresses the wonderful diversity of our nation,” says Diane Rehm. “Joshua Johnson represents America’s future and is the right host at the right time.”

1A is produced by a team with a track record of strong journalism and creativity. It is helmed by Executive Producer Rupert Allman, who led the daily national news show The Takeaway, hosted by John Hockenberry, expanding its coverage to 300 public radio stations across the country. Also helping to create the new show are next-generation public media innovator Andi McDaniel, WAMU’s head of content, and WAMU’s general manager JJ Yore, who helped create, and for more than two decades ran, the iconic Marketplace public radio programs.

Allman has recruited an impressive and diverse supporting cast to the 1A production team, including producers from The Diane Rehm Show and from media companies across the country.

Listeners can talk directly with the show’s creators and staff, and by emailing 1A@wamu.org.

WAMU 88.5 is licensed to American University and is the public radio NPR news and information station in the greater Washington, D.C., area.