Ferguson Protests Spill Onto Streets Across The Country 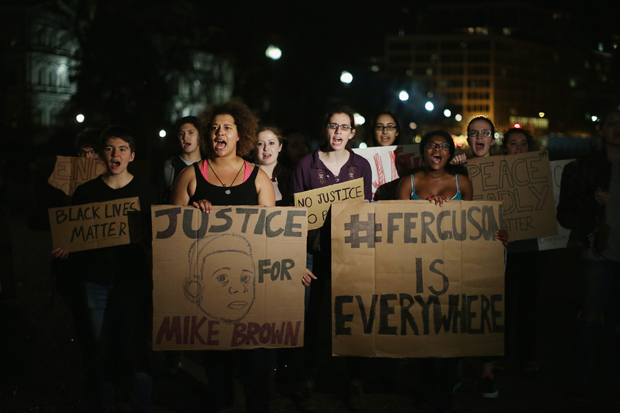 About 100 demonstrators continued to sing, chant and dance in protest outside the White House hours after the Ferguson grand jury decision was announced in Missouri. Chip Somodevilla/Getty Images

After a grand jury announced last night it would not indict Officer Darren Wilson in the shooting death of Michael Brown in Ferguson, Missouri, reaction from protesters across the country came quickly, and in some cases, with violence.

Here’s a look at what we’re reading (and seeing) in the aftermath:

He begins by noting his own size – nearly 6-foot-4, weighing around 210 pounds. Then he proceeds to explain why, in his view, the episode with Mr. Brown, whom he compares to a demon and Hulk Hogan, became violent.

In the months since, Wilson — a tall man, nearly 6-foot-4, with soft, doughy features — was absent from public view while his name became famous. He skipped out on a court appearance. No one in his family spoke on his behalf. His lawyers ignored requests for comment. Even Ferguson’s police chief said he hadn’t spoken to Wilson since Brown’s killing. Wilson was a ghost: a man known in name, but not in flesh. Unanswered questions simmered.

Protests Across The Country:

Ferguson
“With this St. Louis suburb reeling from a chaotic night of demonstrations that erupted in many fires, frequent bursts of gunshots, looting and waves of tear gas, Gov. Jay Nixon said early Tuesday that he would send additional National Guard troops to help quell the worst violence this battered city has seen since a white police officer shot and killed an unarmed black teenager in August,” The New York Times writes. 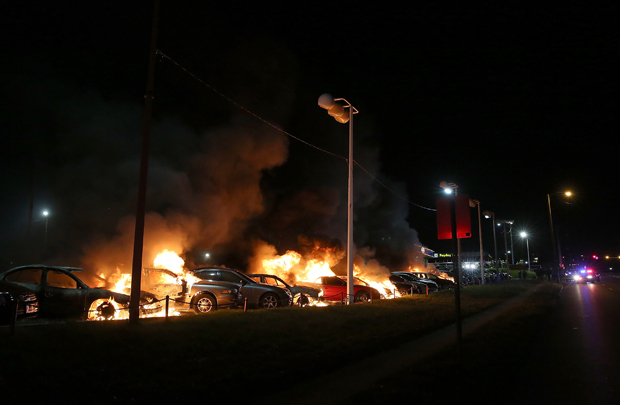 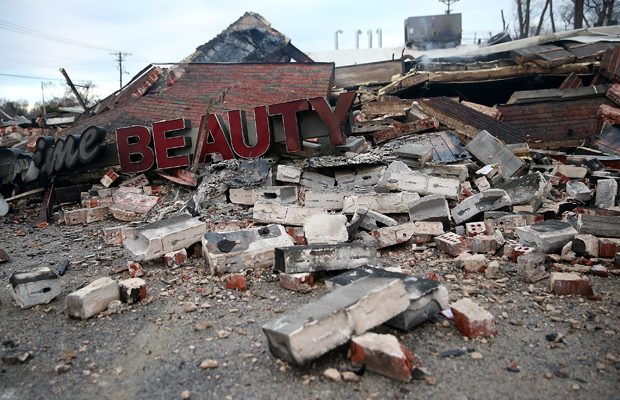 A sign sits amidst rubble at a building that was damaged during a demonstration on November 25, 2014 in Dellwood, Missouri. Justin Sullivan/Getty Images

“In front of the majestic backdrop of President Obama’s residence, hundreds of protesters chanted and waved signs that read affirmations like “Enough is Enough.” Some cried. Others prayed. A police dog let out some warning barks,” reports WAMU. 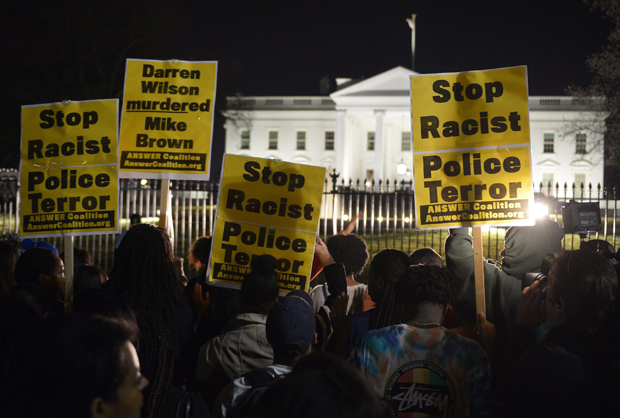 “Their protest was peaceful and when they had made their point, they turned around and marched off.”

About 100 demonstrators continued to sing, chant and dance in protest outside the White House hours after the Ferguson grand jury decision was announced in Missouri. Chip Somodevilla/Getty Images

More protests are planned throughout the nation’s capitol and nearby Baltimore.

Macklemore was among those who turned out in Seattle, where police arrested five protesters and briefly shut down Interstate 5 when demonstrations became violent. 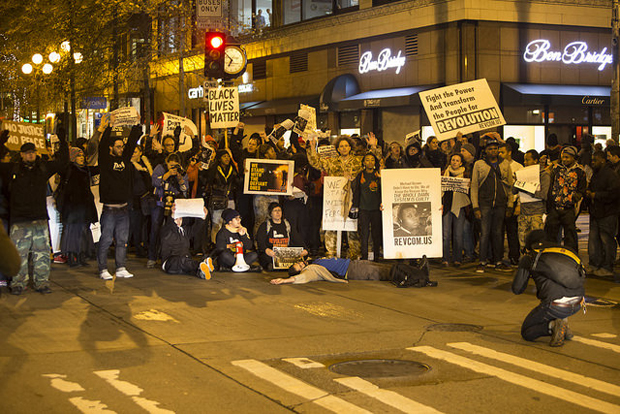 More than 200 protesters marched to the State House after a rally at City Hall Plaza. The Boston Globe reports:

Some officials and community leaders who spoke to the Globe after the ruling was announced also expressed hope that the decision would spark a conversation about racial inequality in Boston and beyond. 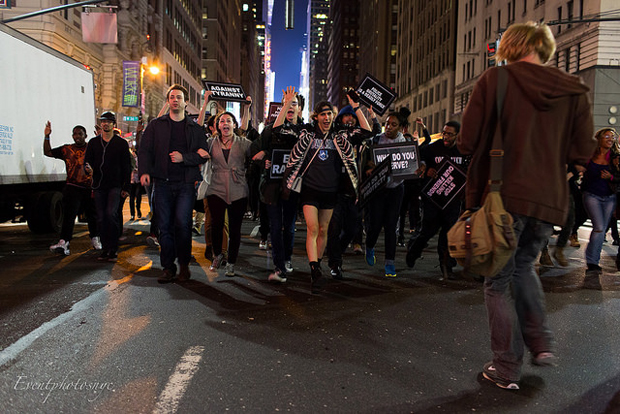 Rev. Al Sharpton also called for a federal investigation of the shooting of Michael Brown.

At least 60 people were arrested in the hours after the grand jury decision was announced, reports The Los Angeles Times. 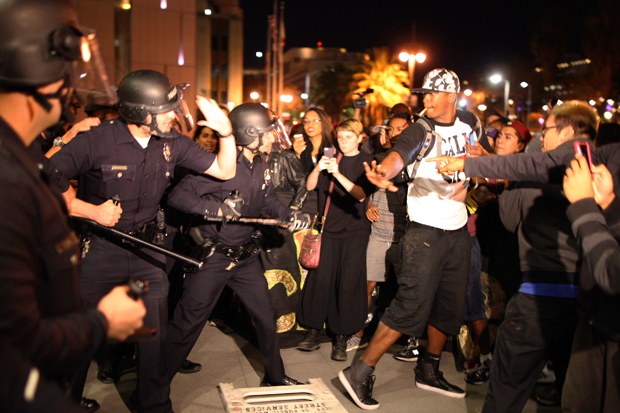 Protesters and police clash in front of LAPD Headquarters as people react to the grand jury decision not to indict a white police officer who had shot dead an unarmed black teenager in Ferguson, Missouri, in the early morning hours of November 25, 2014 in Los Angeles, California. David McNew/Getty Images

What’s next for race relations and police in our country? We explore on the Nov. 25 show.