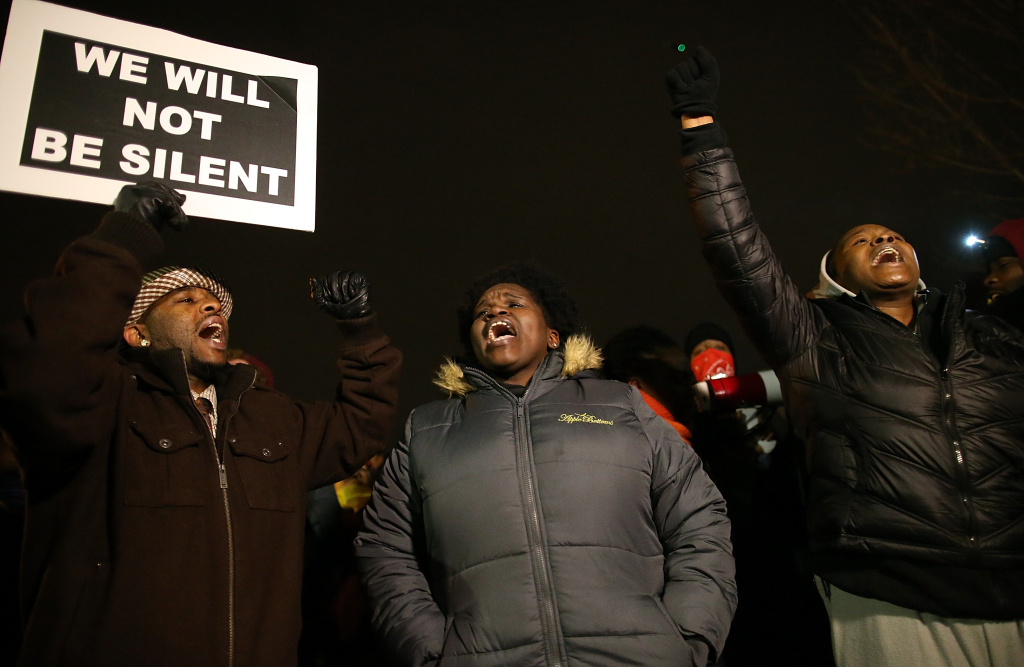 Demonstrators block traffic as they protest in front of the Ferguson police department on November 24, 2014 in Ferguson, Missouri. A St. Louis County grand jury has decided to not indict Ferguson police Officer Darren Wilson in the shooting of Michael Brown. Justin Sullivan/Getty Images

After months of tension, a St. Louis County grand jury finally rendered its decision: No indictment for Darren Wilson in the fatal shooting of an unarmed black teenager. The white Ferguson, Missouri police officer testified that he feared for his life before the shooting. But Michael Brown’s family released a statement saying they were profoundly disappointed in the ruling. President Barack Obama urged protesters to stay peaceful and police to exercise restraint. In cities around the country, most did. But in Ferguson, reaction was swift and turbulent. Diane and her guests discuss what’s next in the national conversation about race and police interaction.

Friday, Jul 23 2021A conversation from The Diane Rehm Show archives with world-renowned cellist Yo-Yo Ma. In 2007, he talked to Diane about his belief in the power of music to cross borders and bridge backgrounds.

Friday, Jul 16 2021Rep. Eric Swalwell on what he learned as an impeachment manager in the Senate trial of Donald Trump, and why he thinks seeking accountability for the January 6th insurrection is key for our democracy.

Tuesday, Jul 13 2021The Atlantic's Adam Harris on the spread of "divisive concept" bills and why he says the fight over "critical race theory" isn't going away anytime soon.

Friday, Jul 09 2021Child protection advocate Marci Hamilton on the Boy Scouts' sexual abuse settlement and why she says justice has not been served.