150 Years Of Alice In Wonderland (Through Video) 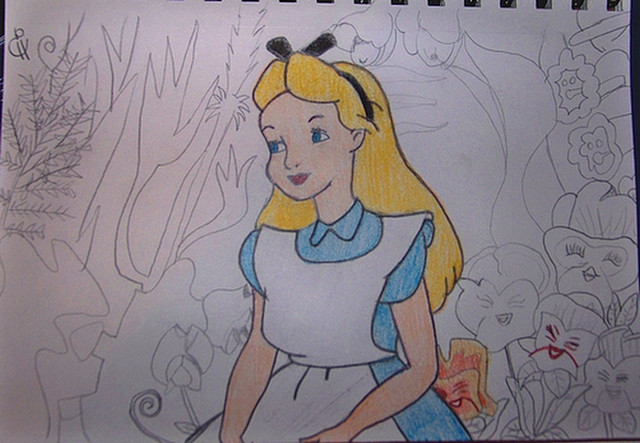 In the 150 years since Lewis Carroll’s classic “Alice in Wonderland” was published, the whimsical tale has been inspiration for dozens of films and television series.

Here’s a look at some of the best:

Directed by Norman McLeod, this Paramount Pictures production stands out because nearly all of the film is live action, with the exception of one animated scene between The Walrus and The Carpenter.

Charlotte Henry had her first leading role as Alice. Other stars included Edward Everett Horton as The Hatter, W.C. Fields as Humpty Dumpty, Edna May Oliver as the Red Queen and Charles Ruggles as The March Hare, among others.

Walt Disney Productions borrowed from both “Alice in Wonderland” and “Through The Looking Glass” for this animated  musical adventure film.

Alice was voiced by Kathryn Beaumont, also the voice of Wendy Darling in 1953’s “Peter Pan.” The Mad Hatter came to life with Ed Wynn.

This was Disney’s 13th animated film, but is regarded as one of its best, along with one of the best adaptations of Carroll’s story.

The film’s score was also a hit: Today, the theme song is considered a jazz standard.

The Disney Channel launched a television series based on its classic film in the early 1990s. The five-year series featured Elisabeth Harnois as Alice, who traveled back and forth to Wonderland by walking through her mirror.

Director Tim Burton brought his whimsy to this Disney revival of “Alice in Wonderland.” Mia Wasikowska plays a 19-year-old Alice, who tries to restore the White Queen (Anne Hathaway) to her throne.

The all-star cast was rounded out with Johnny Depp, Michael Sheen and Stephen Fry, among others, but the movie had mixed reviews mostly for a lack of narrative.

Still, the movie won Oscars for Best Costume Design and Best Art Direction. And a sequel is planned for release in 2016.

What’s your favorite film adaptation of Alice in Wonderland? Share in the comments. And join our Feb. 25 discussion on Carroll’s book.