In The News: Why Labor Secretary Tom Perez Brought Reagan’s Medicare Album To Our Show 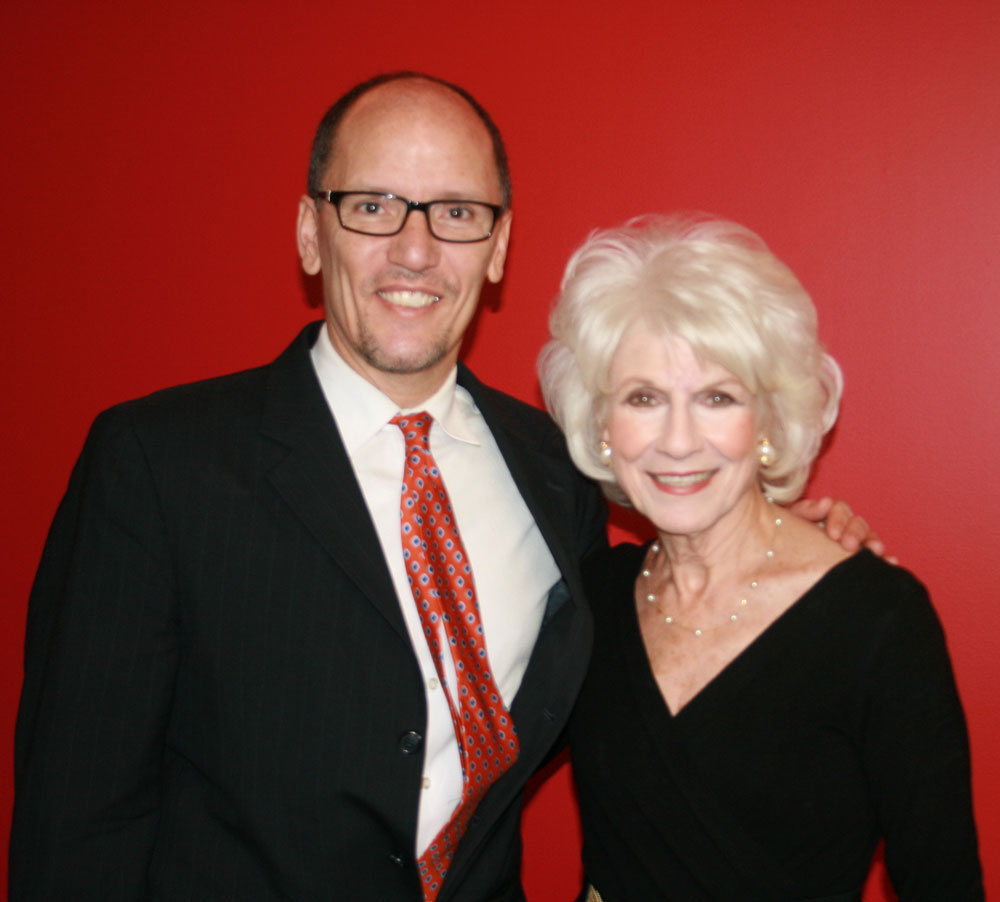 Labor Secretary Tom Perez and Diane after their February 2014 interview.

It’s not unusual for guests to bring props when they come for an interview: Panelists have entered our studio with everything from first edition copies of “Alice in Wonderland” to live monarch butterflies.

In a story in Vox this week, Labor Secretary Tom Perez recalled his own contribution on air: An album of Ronald Reagan speaking out during the Medicare debate.

“You may recall Ronald Reagan did an album during the Medicare debate. There’s this wonderful album of Ronald Reagan talking about how Medicare is going to lead to socialized medicine. He was on the wrong side of history. I think there are a lot folks right now who are on the wrong side of history. And I’m really proud to be with the president and the American people on this because we’re helping to address one of the most critical needs in America, which is access to a healthcare safety net,” he told Diane in February 2014. (Video below)

When asked if progressive change was inevitable, or under threat—specifically with the Affordable Care Act—he recalled for Vox the album and Diane’s show again: