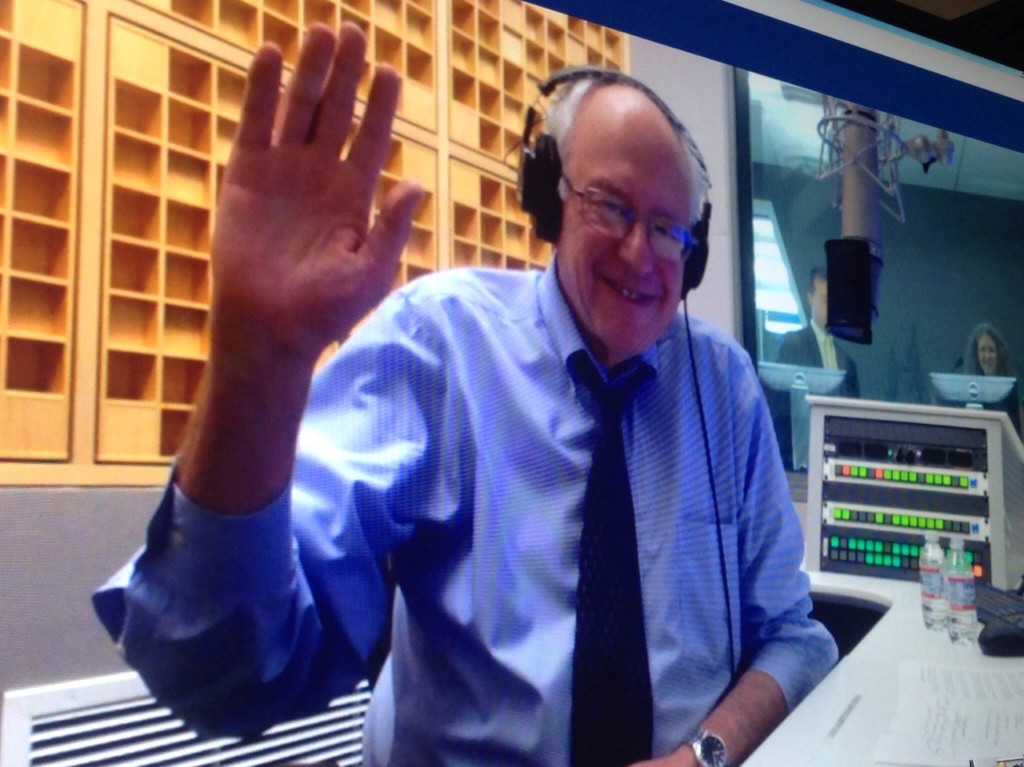 Bernie Sanders joined us by Skype from NPR in downtown Washington, D.C.

U.S. Sen. Bernie Sanders (I-Vt) was the first of the 2016 presidential candidates to accept an invitation to join us for a conversation on their bids and the issues.

Sanders told us where he stands on some of the issues driving voters toward the Democratic primary:

On The Affordable Care Act

On ISIS And The Middle East

Want more? Listen to our full interview with Bernie Sanders.