These 3 Historical Presidential Campaigns Could Matter In 2016 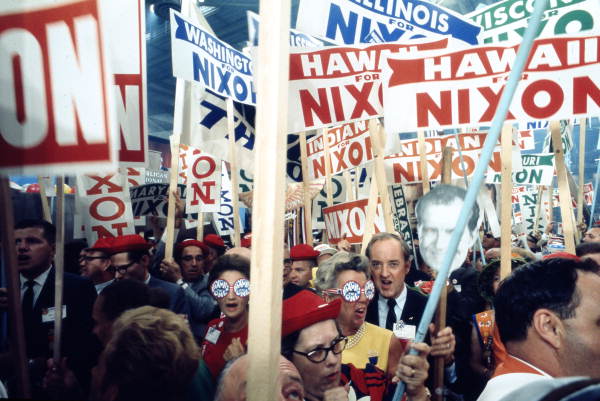 The 2016 election is revealing seismic shifts in American politics: Deep divisions in both parties and the reshuffling of what it means to be a Republican and a Democrat. But some of what we’re seeing echoes elections of the past.

Matthew Dallek, an assistant professor of political management at George Washington University, came on our show to discuss his new book “Defenseless Under The Night,” which details the origins of homeland security in the late 1930s and early ’40s and the ways in which the debate over safety and democracy continues to play out today.

We asked him about three past presidential campaigns that mirror what’s happening in today’s race. He wrote about what they might tell us about the candidates in 2016. 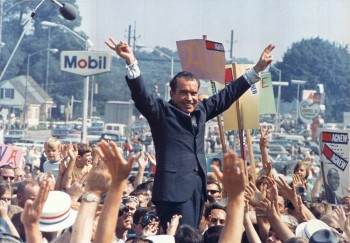 In 1968, when the country was far more divided than it is now, Richard Nixon won a narrow victory over Democrat Hubert Humphrey, while American Independent Party candidate George Wallace, the former Alabama governor, took 13.5 percent of the vote. Nixon and Wallace’s messages—singing the praises of white working-class voters—helped fracture the New Deal presidential coalition, and fused concerns about law and order, civil rights and urban unrest. Wallace described his core constituencies as “this man in the textile mill, this man in the steel mill, this barber, this beautician, the policeman on the beat …”

If Trump can turn out white working-class voters in massive numbers in the Midwest and counteract the increasingly diverse American electorate that powered President Barack Obama to two sizable victories, he will be channeling the Nixon/Wallace strategy, proving its ongoing relevance. 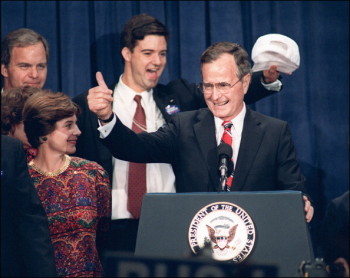 In 1988, incumbent Vice President George H.W. Bush, running on the legacy of two-term president Ronald Reagan, was a relatively awkward campaigner. A highly experienced politician with deep knowledge of foreign policy, Bush won partly because he was able to make his opponent, Democrat Michael Dukakis, appear unelectable. By using racial appeals through the infamous Willie Horton ad and painting Dukakis as a soft-on-crime Massachusetts liberal, Bush was able to prevail.

If Hillary Clinton can paint Donald Trump as unfit for the office, the election would become a referendum on her opponent, and she’d increase her chances of winning what, in some respects, could be considered a third Obama term—just as George H.W. Bush rode his opponent’s unpopularity and the incumbent president’s popularity into the Oval Office. 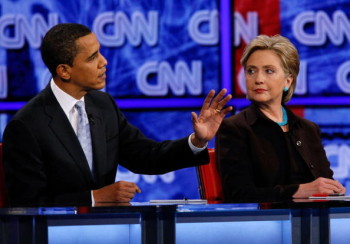 In 2008, Barack Obama demonstrated that a rising American electorate—African-Americans, Latinos, women, young people—could give the Democrats a structural advantage in the Electoral College. But this is the first election that Obama will not be on the ballot, and it is unclear if the Obama coalition will turn out for Hillary Clinton. Can she recreate it? If so, this presidential election will usher in a new round of hand-wringing and where-did-we-go-wrong questions from Republicans who will have lost three in a row. Whether 2008 was an aberration or the start of a pattern will make a difference this fall.

Matthew Dallek is an assistant professor of political management at George Washington University and the author of “Defenseless Under The Night.”

Listen to our full show with here.