Stefan Kanfer: “Tough Without a Gun”

Stefan Kanfer: “Tough Without a Gun” 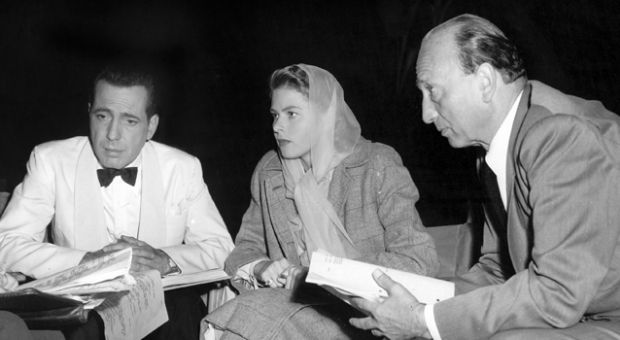 Humphrey Bogart, Ingrid Bergman, and Michael Curtiz on the set of "Casablanca" in 1947. Warner Brothers/Photofest, Inc.

Humphrey Bogart was an unlikely leading man. He was neither conventionally handsome nor a versatile actor. But he had a unique style. Bogie starred in such classics as “The Maltese Falcon,” “Casablanca,” and “The African Queen.” He often played men from the wrong side of the tracks, though he grew up in a wealthy New York family. His fourth marriage to a much younger Lauren Bacall became one of Hollywood’s great love stories. In 1997, the American Film Institute ranked him the greatest male star in cinema history. A new biography has just been published on the legendary Humphrey Bogart. We’ll discuss why there was only one Bogie.

“To Have and Have Not” Trailer:

“To Have and Have Not” clip