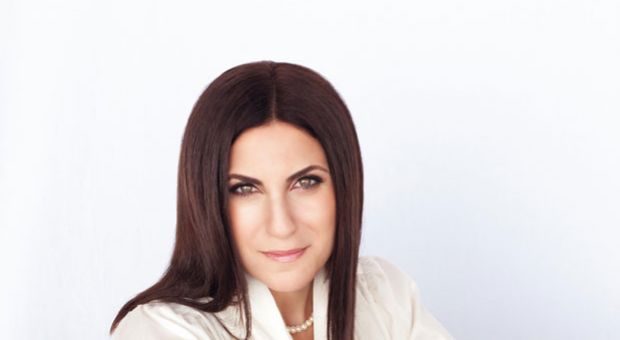 In September 1996, the Taliban took control of Kabul. At the same time, Kamila Sidiqi received her teaching certificate. She planned to go to university and become a literature professor someday. Her father, a former military officer, always stressed education for his daughters as well as his sons. But under Taliban rule, Kamila was left in charge of her younger sisters and brother after her parents and older brother were forced to flee. Banished from the streets, she managed to start a dressmaking business in her home. Foreign policy expert and journalist Gayle Tzemach Lemmon tells the story of how this 19-year old created work and hope for her family and other women in her neighborhood.

*Please note: Due to a technical problem, the comments that our audience posted on this page earlier today were lost. We apologize for the problem and any inconvenience it has caused.

We received many questions from our audience asking how to go about donating dress patterns for use in Afghanistan. We’d like to thank you for your generosity and direct you to Gayle’s website where you can send her a message via a contact form and find out more about her and the dressmakers she wrote about. She checks her messages submitted through the contact form daily.

Q: Although I’m delighted to hear of this young woman who managed to beat the odds and create her own business, I’m a little worried that the show only focused on the rosy side of the story. It is almost as if you’re trying to say, “See, the Taliban wasn’t so bad for women.” I have never doubted that women were wonderful and could overcome obstacles. What I’d like to know is how her story might help the conditions of women in her country. This young woman just gave birth to a baby girl – what will be her future? – From Elsa via Email

A: I appreciate your question, and it is something I have thought a lot about. You will see in the book that the darker side of the Taliban years is very much in evidence and the fear is absolutely constant. But I did want to emphasize the hope that these women managed to create against an incredibly grim backdrop, especially at a time when everyone feels they know the Taliban story.

Q: *Kabul is one of the safest places in Afghanistan at this point. Do you think these women would have been able to get their business off the ground anywhere else but Kabul? * – From Kathleen

A: Women worked throughout Afghanistan during the Taliban years, even in Kandahar. And actually Kabul was much tougher than much of rural Afghanistan because the Taliban viewed the city as Sodom and Gomorrah and cracked down harder there. So while it may be more secure now, it was not then.

Q: Did you have any reservations writing a book about a Muslim woman and Muslim culture, being (I am assuming) a non-Muslim yourself? How did you get past that concern? Did you feel like you had to get an unlisted phone number? Once published, were there any negative reactions from Muslim readers? – From Jewel in Utah

A: This to me was a universal story of family and faith. Just as faith provides comfort and strength for many in the U.S., it is at the center of Kamila’s family and her story. I wanted to convey that to readers – the universality of faith rather than what divides us.

Q: If everyone was broke what did they do for money? Did they do any bartering? – From @ButterflyMcGrew via Twitter

A: Bartering was very much in play – people traded goods and services regularly. What I meant by the lack of money was that times were incredibly tough so that saving was impossible and just getting by – feeding your family and caring for those who counted on you – was all you could hope for.